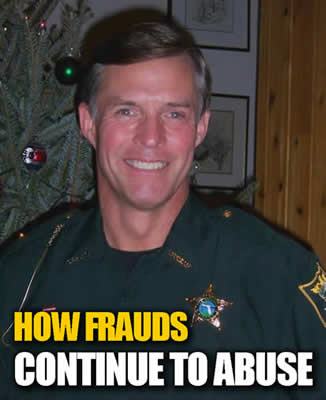 The turbulent drama surrounding California Insurance Commissioner Chuck Quackenbush reached a climax on June 28 with the Commissioner’s resignation from office. As the dust settles, IJ looks back at the major events leading up to his ultimate downfall.

March 26, 2000
The Los Angeles Times reports that Quackenbush allegedly collected political contributions from insurance companies, transferring $100,000 of these to his wife’s campaign accounts. The report highlights certain contributions made by a group of insurers under the scrutiny of the California Department of Insurance (CDI) in the wake of the Northridge earthquake to a special fund created by the Commissioner allegedly in lieu of paying fines for unfair claims practices.

Background and political career
Charles Quackenbush born April 20, 1954 in Tacoma, Washington. Grew up in a military family and after graduating the University of Notre Dame on a ROTC scholarship joined the United States Army and rose to the rank of Captain as a helicopter pilot. 1982, he left the military and joined the family business in Silicon Valley. He was elected as a Republican to the California Assembly in 1986.

1994 he was elected insurance commissioner, effectively applying considerable campaign contributions from various insurance companies.1998 He was re-elected. At the time Quackenbush was considered the most promising Republican elected official in the state of California.

Resignation
Early 2000, Cindy Ossias a senior lawyer for the California Department of Insurance (CDI) charged the Department with corruption. According to testimony by CDI employees, including Ossias and staff attorney Robert Hagedorn, Commissioner Quackenbush and his top aides abused their positions for personal gain and acted against consumers’ interests for many years.

After the 1994 Northridge earthquake, it’s alleged Quackenbush allowed insurance companies to compensate their clients much less than the actual damages incurred. In exchange, the insurance companies set up special “educational funds”. Those funds were used for television commercials in which Quackenbush appeared as a basketball referee with Shaquille O’Neal wearing a Los Angeles Lakers uniform. While articulated as public service announcements, suspicions rose that the main concept behind the commercials was to increase Charles Quackenbush’s name, which was critical for electoral success in California statewide races.

In addition to the educational funds, the same insurance companies contributed to his wife’s unsuccessful 1998 assembly campaign and his children’s football camps.

Initially, Cindy Ossias blew the whistle as an anonymous source. When her identity was revealed, Quackenbush put her on an administrative leave for violation of attorney client privilege.

On June 28, 2000, he announced his resignation which became effective on July 10
February 2002, an 18-month investigation conducted by federal, state and Sacramento County prosecutors ended with prosecutors declining to press charges against Charles Quackenbush, as they felt the evidence was not strong enough.

In 2007 he was suspended for accepting free food.
While working as sheriff’s deputy in February 2008, Quackenbush shot and critically wounded a man who was reported as resisting arrest. He was placed on paid leave during the shooting investigation.

In September 2016 he was forced to resign after making racially controversial Facebook postings. At the time of his resignation from the Sheriff Department, he also served as the vice chair of the Lee County Republican Executive Committee and his wife was running for the Lee County school board.

The Downfall of California’s Insurance Commissioner

Comments from the downfall

Last Updated on 9 months by admin