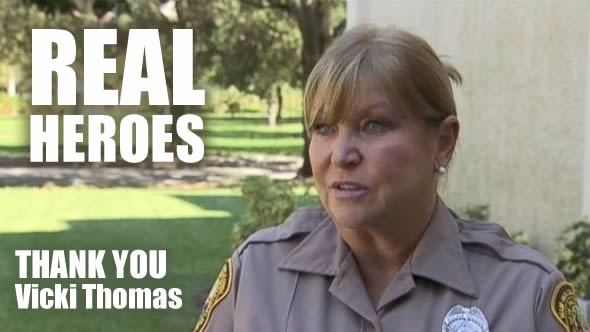 When police start treating the public like human beings instead of acting above them they’ll gain respect and support by the public.

A single mom down on her luck was caught shoplifting at a Miami supermarket, but she didn’t get hauled off to jail.

Instead, the officer who responded to the call from the Publix supermarket last month did something that brought the suspect to tears.

Jessica Robles told her she was desperate and had no money to pay for groceries for her daughter and two young sons. According to Miami-Dade Police, Robles walked out of the store in late September with a cart carrying $300 worth of groceries that she didn’t pay for.

When Officer Vicki Thomas asked Robles why she did it, the young mother said her children were hungry.