“He believes that today’s cops are using tasers and guns too much because they are compensating for the fact that they are out-of-shape and “lazy,” and don’t know how to defend with their fists, much less de-escalate tense situations.

“They have no real strength, run out of breath fast and can’t even run,” he says. He also thinks that cops with “counterfeit muscles” — cops who have mass but little strength — are part of the problem.

“They come into training with big arms and small waists and think they’re something until I put them in a headlock and they can’t get out,” he says. Leo believes that physical fitness exams should be mandatory for all officers.

A recent study by the American Journal of Preventative Medicine found that cops are now officially the fattest employees in the entire nation.

Excess body fat is bad for one’s health and can negatively impact one’s mental well being — which is bad in itself, but when you add the fact that one is carrying around a loaded pistol in this condition and is trained to fear people, it starts to be an issue worth serious consideration.

Cops who are out of shape are “the biggest hazard to the public,” Leo is reported as saying by the Greek Reporter.

“They are quick to pull a gun because they can’t use their fists,” he added.

Leo Thalassites a police officer and veteran speaks the cold honest truth about many Police officers all over America today. The message is very clear however many Americans have trouble accepting that authority figures can be wrong. The facts and last decade has revealed a problem that has rationalized the murder of thousands of innocent people. Hiring the wrong people for the job sums up the problem. We’ve lowered standards due to equal employment opportunity rights. Many of today’s officers are not capable of properly defending themselves, little less anyone for that fact.

Police departments, like all public and private employers, must hire employees who are physically fit to perform the job.

When an officer who can’t defend himself properly against the average person comes to a scene they end up going directly for deadly force. Or abusing and overusing other forms of defense, such as tasers and batons. Most situations should be handled by someone who can actually defend themselves first without a weapon.

There must be standards of height, weight and ability which have nothing to do with equal opportunity rights or sex. Its about life and death not anyone’s right to have the same job. Some jobs are just not for everyone and the last several decades of equal rights has shown deadly results.

The same goes for mentally fit people, insecure people and short tempered people as an example. The last thing we want is someone with a gun who has mental issues and easily flies off the handle. Wake up, people are being murdered at an alarming rate and we’ve allowed a system to be put in place that protects and hides the problem. Unions, laws, rights and courts who’ll do anything to protect their soldiers and muscle.

Power and authority must be given back to the people just as a jury trial which should not be overruled by any judge ever. Its these problematic issues which stop justice from taking place in America today. Who do you go to when reporting the police? Just like who do you go to when reporting Judges? Forget about Judicial Performance commissions or state bars because they’re run by who, more judges and lawyers. 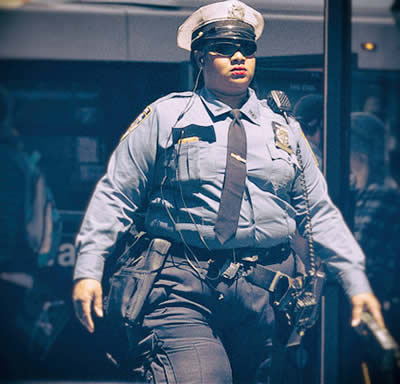