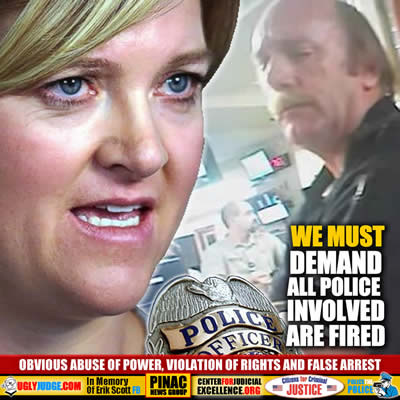 What took place in Utah July 26, 2017 actually is more common than some people want to accept. Police lying or abusing their power to get things done even if illegal or immoral. The recent case of Cary-Andrew Crittenden is an example of what happens if there are no cameras. The courts go along with the perjured police evidence which result in the victim being incarcerated and their lives are destroyed. All while dishonest police like Detective Jeff Payne and Lietenant James Tracy end up getting paid vacations for their crimes. The system is in need of huge change and removing immunity and rights of all police officers who lie, commit crime or injure anyone.