By admin Arizona, California, Colorado, Court, Facebook, Government, How to Expose them, Judges, Law Enforcement, Lawyers, Lawyers, Links, Police, Real Heroes, Uncategorized, Victims, Who is UGLY, Who to Report them to 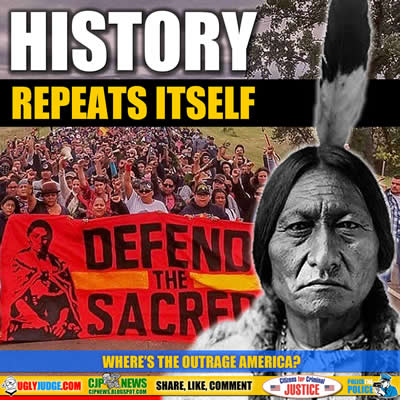 Protesters we inured by Attack Dogs and Pepper Spray

A Texas Billionaire Is Behind the Pipeline Project
Dakota Access a subsidiary of Texas-based Energy Transfer Partners LP has proposed a $3.7 billion, 1,168-mile pipeline that will transfer up to 570,00 barrels of crude oil per day from the North Dakota Bakken region through South Dakota and Iowa into Illinois. Kelcy Warren and Ray Davis 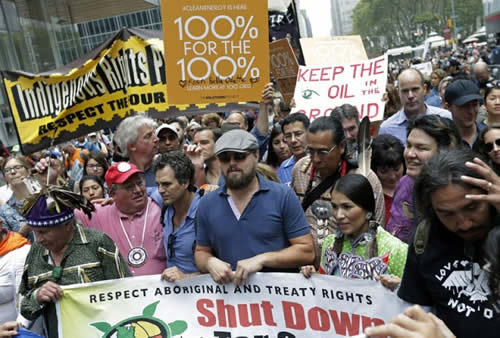 What’s going on in North Dakota has been going on for centuries. Big money or government taking advantage of the people. I never could understand how American history was about people stealing land from the native people. Poisoning them, lying, murdering them all in the name of taking their land and forcing them into reservations. That’s what America is built on?

Yet today big money with the help of government is doing what it did centuries ago. Using force and “law” to hide what is really just stealing and cheating people out of what is theirs. Using the media to hide the truth, manipulate the facts and abuse our legal system with big money to get their way.

Native American protesters are confronted by a security team with dogs as they protest the Dakota Access oil pipeline near Cannonball, North Dakota, on September 3

Months-long protests against a multi-billion-dollar oil pipeline have boiled over into tense clashes as snarling dogs were used against protesters and the tribe claims burial grounds were bulldozed.

They group also issued a number of demands that the Army Corps must take before issuing a permit to Dakota Access:

The North Dakota protest site at the reservation of the Standing Rock Sioux has grown into “the largest gathering of Native Americans in more than 100 years,” reports the BBC. The protesters, who have gathered together from multiple tribes, as well as those supporting the cause, say they are taking a stand for future generations against the four-state Dakota Access Pipeline Project.

The Saturday attacks on Native-Americans who are protesting the Dakota Access Pipeline (DAPL) gained national attention in social media over the weekend, spurring an outcry for justice. As a result, many citizens have demanded the identity of the privately hired security forces who attacked unarmed citizens – including a child and pregnant woman – be exposed, and through the collaboration of the online community, that’s exactly what happened.

The DAPL, also referred to as the Bakken pipeline, would cross the Missouri River less than a mile away from the Standing Rock Reservation that stands in North and South Dakota. The Missouri River, one of the largest water resources in the U.S., provides drinking water for millions of people.

The people of Standing Rock, often called Sioux, warn that a potential oil spill into the river would threaten the water, land and health of their reservation.

In DiCaprio’s tweet, the Oscar-winning actor and clean energy advocate said he was “standing with the Great Sioux Nation to protect their water and lands,” and linked to a Change.org petition that urges the U.S. Army Corps of Engineers to stop the construction of the Dakota Access Pipeline.
Pipeline path below 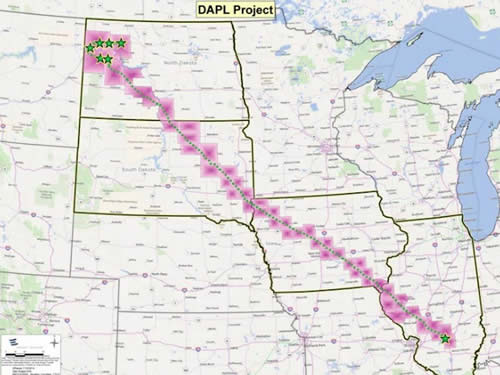 “Ma’am, your dog just bit this protester. Are you telling the dogs to bite the protesters? The dog has blood in its nose and its mouth.”

Shortly after being asked if she was attacking protesters, Welch can be seen lunging her dog at the crowd in front of the rest of the security team. Among those included on her team, and identified along with her, is Robert “Bob” Frost and Ricardo Bullard. The following information on Welch has been leaked:

Ashley Nicole Welch, the woman pictured in the photo above, has bore much of the brunt of people’s anger as she was the main aggressor among the hired security, according to witnesses. It appears she was the first to be exposed out of the group:

High levels of lead—the same heavy metal that infamously contaminated water in Flint, Michigan—as well as the radioactive element radium, were discovered near spill sites. One substance, selenium, was found in the state’s waters at levels as high as 35 times the federal thresholds set to protect fish, mussels and other wildlife, including those that people eat.

The pollution was found on land as well as in water. The soils in locations where wastewater spilled were laced with significant levels of radium and even higher levels of radium were discovered in the ground downstream from the spills’ origin points, showing that radioactive materials were soaking into the ground and building up as spills flowed over the ground, the researchers said.

The sheer number of spills in the past several years is striking. All told, the Duke University researchers mapped out a total of more than 3,900 accidental spills of oil and gas wastewater in North Dakota alone.

Contamination remained at the oldest spill site tested, where roughly 300 barrels of wastewater were released in a spill four years before the team of researchers arrived to take samples, demonstrating that any cleanup efforts at the site had been insufficient.