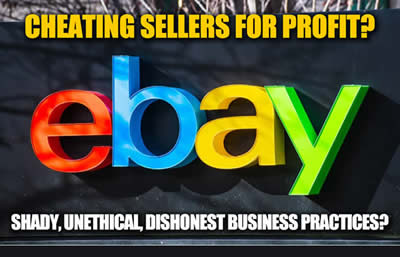 With a history of problem, unhappy sellers and unfair seller polices Ebay plays a one sided game of screw the sellers at their cost and promote the company and please buyers.

An eBay seller filed a class action lawsuit against eBay and PayPal for, among other things, Breach of Contract and Unfair Business Practices, alleging that eBay has created a “buyer always wins” policy to the detriment of sellers, and touching upon several eBay and PayPal practices that are commonly criticized by sellers.

The lawsuit alleges eBay fails to refund 100 percent of sellers’ fees when a transaction is not completed, and alleges that PayPal deprives sellers access to their money by placing 21-day holds and reserves on sellers funds.

The lawsuit also alleges that eBay forces buyers to bring their disputes with sellers into the eBay Resolution Center rather than allowing the buyer to settle his or her dispute directly with the seller, and it alleges that this practice adversely affects sellers’ Detailed Seller Ratings.

Buyer Always Wins in Disputes?
Maggie Campbell sells bicycles and bicycle parts on eBay, according to her lawsuit, and has entered into approximately 4,500 legally binding contracts with buyers since 2007.

Campbell alleges that under eBay’s Buyer Protection Policy, the company is required to consider documentation provided by seller that show when a buyer’s claim has no merit. “However, in these Buyer Protection Policy claims that are filed by buyers, Defendant eBay, Inc. has breached its User Agreement with the Plaintiff (and class) by refusing to consider documentation provided by the Plaintiff showing that buyers’ claims are without merit.”

The lawsuit alleges that eBay has established a policy in deciding these buyers’ claims that the buyer is always right. “The decisions made by eBay in the resolution center always favor the buyer. eBay does not and will not review the facts of the case to arrive at a fair resolution of the dispute between the buyer and the seller,” the lawsuit alleges, which continues:

“During the past 4 years, there have been in excess of 130 occasions wherein Plaintiff was damaged as a result of eBay enforcing its “Buyer Always Wins” policy.”

Campbell alleges eBay forces buyers to bring disputes with the seller into eBay’s Resolution Center rather than allowing the buyer to settle his or her dispute directly with the seller.

“Defendant eBay Inc. does not want buyers talking to sellers, and vice versa,” according to the complaint.

eBay Fails to Refund All Commission Fees for Rescinded Sales?
The lawsuit also alleges that eBay fails to credit back to sellers Final Value Fees when sales are rescinded. “In the past 3 years, there have been many rescinded sales transactions in which Defendant eBay, Inc. has failed and refused to credit back to the Plaintiff (and class) the Final Value Fees that were associated with the rescinded sales.”

In addition, Campbell alleges that eBay has “nixed” international sales by refusing to allow international buyers to pay for her items through PayPal, and claimed that on at least 45 occasions over the last 2 years, eBay failed to reimburse her for Final Value Fees where it caused her sales agreements with her buyers to be rescinded.

Campbell filed her fourth amended complaint on August 20, 2014.
Hat tip to CourthouseNews.com for its August 13th article about the case.

Don’t waste your time trying to contact Ebay on their ridiculous website that will run you in circles wasting your time. Ebay is notorious for NO customer service for buyers and sellers

What People are saying about Ebay?
Ebay was a good idea and fun until they got too greedy. Seeing that buyers attract sellers and so revenue for the company they made it extremely buyer friendly. Fine if buyers were honest, decent and fair but some just aren’t and eBay don’t care that these are robbing, blackmailing, defrauding and intimidating honest sellers. We lost the right to post negative feedback, eBay decided to have an evidence free full refund policy, they just don’t listen to sellers or look at emails and feedback even though such would identify many fraudulent buyers, they sit uninterested when buyers demand money off after sales at the threat of bad feedback and they dismiss libelous, threatening and hurtful untrue emails from buyers or even just bidders as being ‘something you should accept’. All of these have happened to me. Now my family run shops (Asian grocers) and if a customer came in demanding money back on previous purchases, attempting to ‘return’ a tin of beans after buying a mobile phone, threatening to libel us around the neighborhood if we don’t give them cash, claiming we did not give them their groceries that they took home yesterday or simply telling us we are cheating filth, the police would have them but this all happens under ebay’s nose and they just don’t care. You waste your time contacting them to get platitudes and to be told ‘they value our business and are there to help’. Simple fact is that until sellers up and leave in sufficient numbers the game will remain about taking money from us, treating us like morons and pandering to any ‘buyer’ regardless of their honesty. I won’t be selling on there again and will just donate stuff to charity or send to landfill instead.

Last November Clive Rose* sold two handmade Japanese swords on eBay, worth a total of £1,940. The buyer, once he had received them, demanded that the cost of the more expensive sword be slashed. Rose refused to haggle and asked for the items to be returned and a refund issued.

Eventually a box arrived. “We couldn’t open it until we had signed for it,” says Rose. “On the label it said two items were inside. When we had signed and opened it up we found the cheaper £540 sword badly damaged because of poor packaging, and a brick. The other £1,400 sword, for which he had been trying to barter, was not there.”

The buyer claimed Rose had forfeited his rights by signing for the parcel, while eBay’s response was similar. Although Rose sent photographs and message threads to support his case, eBay took the money from his PayPal account and refunded the buyer for both swords. Rose, who has a 100% satisfaction rating from other buyers, had his account suspended for withholding eBay’s seller fees and is now threatened with debt collectors because his PayPal account is overdrawn.

It was only after The Observer intervened that the auction site examined the history of Rose’s buyer – what the company found was a pattern of suspect behavior. “The buyer’s account has been suspended and we are happy to issue the seller with a courtesy refund to ensure he is not left out of pocket,” eBay says.

It is a year since The Observer reported that eBay had introduced a pilot program to address issues around similar problems. At the time, critics claimed its measures to protect buyers from dodgy transactions left sellers at the mercy of fraudsters who can manipulate the system to effectively steal goods.

Readers related instances where a buyer falsely claimed to have been sent beetroot instead of a mobile phone, while another buyer stuffed an envelope with a used T-shirt instead of a £258 pair of trainers he claimed to be returning. Both were refunded under eBay’s “money back guarantee”.

“There is something wrong,” eBay admitted last April. “The system was built on the premise that most people are honest. It needs to be more intuitive.”

Under the experimental scheme, a seller can ask eBay to intervene before issuing a refund if a buyer returns a damaged or substitute item. Ordinarily, they have a week to resolve the dispute before having to part with their money, but an unscrupulous buyer can ignore contact and open a claim directly with eBay. In many cases it issues an automatic refund without any evidence from the seller being considered. FULL STORY

HISTORY OF CREATOR
Pierre Omidyar founded online auction firm eBay in 1995 and now serves on the company’s board. In 2002 eBay bought online payment company PayPal and spun it off in 2014. Omidyar currently owns 5% of eBay and 6% of Paypal. 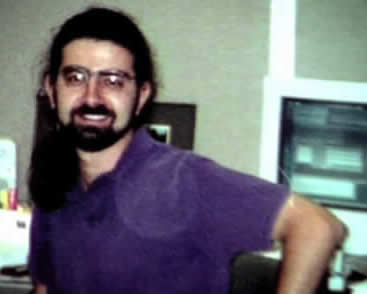 The History of eBay the company
eBay was founded in Pierre Omidyar’s San Jose living room back in September 1995. It was from the start meant to be a marketplace for the sale of goods and services for individuals.

In 1998, Pierre and his co founder Jeff Skoll brought in Meg Whitman to sustain the success. Meg had studied at the Harvard Business School and had learned the importance of branding at companies such as Hasbro.

Meg culled her senior staff from companies such as Pepsico and Disney, created an experienced management team with an average of 20 years of business experience and built a strong vision for the company — that eBay is a company that’s in the business of connecting people, not selling them things.

They quickly shed the image of only auctioning collectibles and moved into an array of upscale markets where the average sale price (ASP) is higher. ASP is a key metric in determining eBay’s transaction fees, so increasing the ASP became an important item. By forging partnerships with name brands such as GM, Disney and Sun, eBay has managed to do exactly that. Sun has sold $10 million worth of equipment and it now lists between 20 and 150 items per day.

The best number to call based on statistics is: 866-540-3229 for customer care related issues.

NEWS STORIES
Ebay accused of failing its sellers as fraudulent buyers manipulate the system
Seller Sues eBay for Alleged ‘Buyer Always Wins’ Policy
The Depth of eBay’s Problems 2: Angry Sellers
I hate ebay. No one should ever sell with such a moronic company.
Do you hate eBay?
History of Facebook: Facts and What’s Happening
The four pitfalls of buying and selling on eBay
What’s wrong with eBay today?
Do You Really Want to Be an eBay?

VIDEOS
EBAY BUYER SCAMS – WHAT TO DO AS A SELLER?

I Got Scammed on Ebay! Don’t Sell Without Watching This First! Ericas Girly World

eBay buyer tried to SCAM us – eBay took their side…? Really eBay!?

How to Beat eBay Scammers at Their Own Game