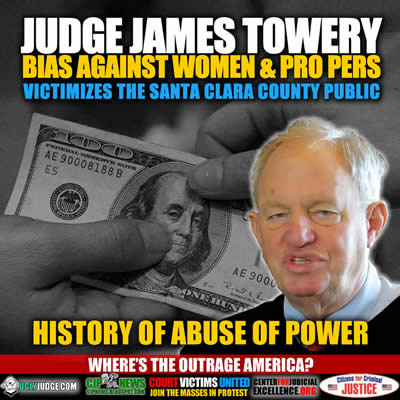 An exhaustive, 57-page motion to disqualify controversial Santa Clara County Judge James Towery recently was filed in a family law dissolution case. A court whistleblower provided a copy of the filing to Commission on Judicial Performance Report. The motion is embedded at the end of this post.

The motion includes allegations that Towery engaged in multiple violations of the California Code of Judicial Ethics, and conveyed gender and other forms of bias against Susan Bassi, the respondent in the divorce case. Court whistleblowers assert and have documented that flagrant gender bias against divorcing wives who helped start or run family businesses is common in the Silicon Valley family court system.

Towery has generated controversy throughout his career in government, including a tumultuous stint as president of the State Bar of California Board of Trustees from 1995-1996, and an unexpectedly abbreviated 10-month term as state bar chief trial counsel, 2010-2011.

Over the objections of local court watchdogs, Governor Jerry Brown appointed Towery to the Santa Clara County Superior Court bench in 2012. Prior to his appointment, Towery held an “of counsel” position at Rossi, Hamerslough, Reischl & Chuck in 2011-2012, and from 1989-2010 had partner status at Hoge, Fenton, Jones & Appel, Inc. The judge graduated from Emory University School of Law in 1977.

Just prior to the luncheon, it was reported to Q, that Judge  Towery had denied the requests of two mothers appearing before him in family court divorce and custody cases, in what appears to be Towery’s continued gender and socioeconomically biased rulings that have plagued his family court bench since he was run out of the State Bar for ethics violations.

One request, Towery was quick to deny,  was made by a mother seeking to protect  her child from being subjected to overnight visits with the child’s father, Ray Mc Donald, former 49er who is facing multiple criminal charges for sexual assault and violation of domestic violence restraining orders. A case being covered by Jane and John Q reporters and members. 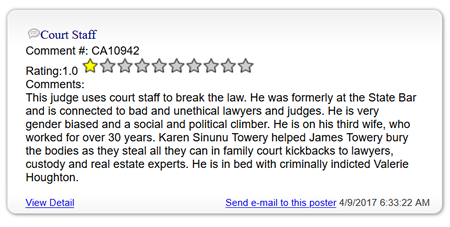 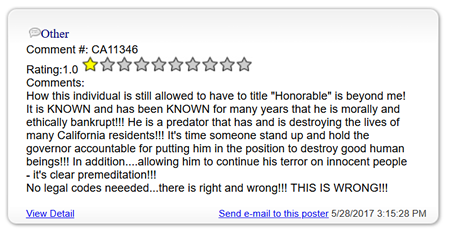