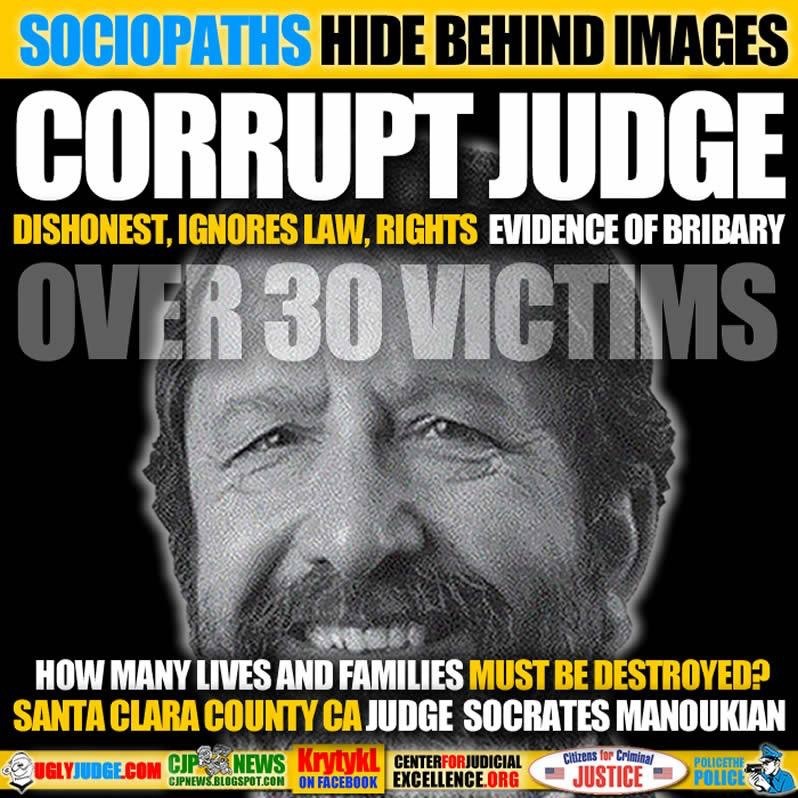 Judge Socrates Manoukian’s Elder Abuse Now Awaits State Appellate Court Review
San Francisco, November 2, 2018During 2013-2014, Judge Socrates Manoukian (“Manoukian”), of Lebanon descent, allegedly committed elder abuse, ADA disability violations, et al., see http://shameonyoumanoukian.blogspot.com/Manoukian’s record is unprecedented. A google search of words “Socrates Manoukian” and “victims” results in about 8,400 hits in less than half a second.The law profession turns a blind eye to Manoukian and what public has portrayed to be the most corrupt, rotten judge on this planet.A small percentage of Manoukian’s crimes on the bench and against humanity now come for review before the Third District Court of Appeal, whose presiding judge is Vance Raye. See APPEAL HERE

Among many crimes is Manoukian’s abuse against elder and disobeying the U.S. ADA law. Courts across the country, including the Ninth Circuit, come down heavily against private entities for non-compliance with the ADA [disability] law. However, when roles are reversed, judges and courts violate the ADA law willy nilly. What’s good for the goose is not good for the gander. A case of preaching what one does not practice.

There are countless judicial misconduct public complaints against State and Federal Judges, for e.g. see http://judicialirregularities1.blogspot.com/2016/11/california-judicial-council-corrupting.html.  The state and federal court is doing nothing to rein in the judicial misconduct, but rather encourages them with cover ups. For example there has been no instance California Commission on Judicial Performance [“CJP”] bringing in criminal charges or severe discipline against any judge. CJP is a hollow, pretend oversight body that is primarily comprised of the law profession, judges, and heavily controlled by the former, while giving the show, pretext of oversight.

The Law profession certainly knows how to take care of its members, regardless of the crimes complained of.

Keys to judicial business, making fatal decisions over public, should not be given to the law profession exclusively, when latter has corrupted the process.

Please direct your comments and queries to drainjudicialswamp@gmail.com