If you drive a motor vehicle by law you’re required to be re-tested over a period of time. This is done for everyone’s safety as well as your own. In fact some people are drug tested on a regular basis for employment. Its only natural if someone is allowed to have deadly force they’re tested for integrity and honesty before being allowed to interact with the public. Before you say its not allowed in court, remember the very people who should be tested commonly use polygraph tests against the public.

Polygraph testing has come a long way, while we can only imagine how many lawyers and judges would be out of work if polygraph testing was used more often. The fact is you don’t have to wonder why would be against its use.

The fact remains South Carolina Charleston Police Officer Michael T. Slager executed 50 year old Walter Scott by shooting him in the back 8 times and lied about. Walter Scott would be alive today had Officer Slager been polygraphed and prosecuted for his previous crimes.

One has to really look deeper into who would object and not want polygraph testing. Obviously dishonest people who would be exposed would be against it. While it may not work 100% or for everyone it would expose a big percentage of problem people.

The latest trend is to analyze brain scans to try to determine whether or not a subject is lying.  This has the potential to be a game-changer, not only in the field of criminal justice, but in homeland security, business, investing, insurance, and even human resources.

Magnetic resonance imaging (MRI) is a high-resolution scanning technology that uses strong magnetic fields and radio waves to create detailed images of the human body, most commonly to diagnose disease or injury. Functional magnetic resonance imaging (fMRI) is a more specialized technology that measures brain activity by displaying fluctuations in cerebral blood flow and neuron activation.
How To Build The Perfect Lie Detector

“Nevertheless, polygraph testing continues to be used in non-judicial settings, often to screen personnel, but sometimes to try to assess the veracity of suspects and witnesses, and to monitor criminal offenders on probation. Polygraph tests are also sometimes used by individuals seeking to convince others of their innocence and, in a narrow range of circumstances, by private agencies and corporations.” 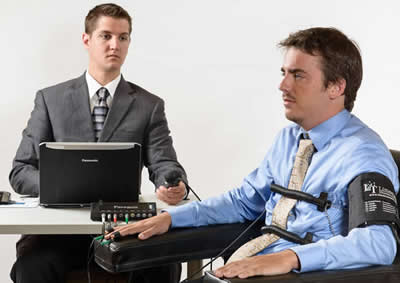