Corruption is Legal in America Let’s make it Illegal 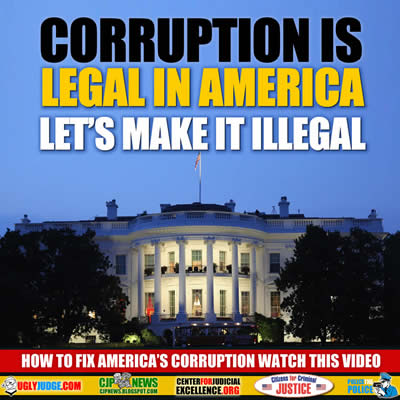 Corruption is Legal in America Let’s make it Illegal
Researchers at Princeton University preformed a study to ask “Does the government represent the people?”

They went through 20 years of data from nearly 2000 public opinion surveys and compared it to the policies that ended up becoming law. They concluded:

“The preferences of the average American appear to have only a miniscule, near-zero, statistically non-significant impact upon public policy.”

“90% of Americans have essentially no impact at all.”

Take an idea that has very little public support (say 5%) and there’s a 30% likelihood of it becoming federal law.

Take an idea that has massive public support (say 80%) and there’s a 30% likelihood of it becoming federal law.

The Government isn’t doing what the public want.

Getting to the Root Cause of the Problem

Money has a powerful influence and public opinion doesn’t seem to carry much weight.

The rules are very different for the economic elite who can afford lobbyists and pay-offs because it’s legal to buy political influence in America.

Lobbyists write the laws and politicians are “bought” all the time.

The problem is that the “brought” politicians and business elite are not breaking any laws. The Anti-Corruption Act is attempting to change that by making it illegal to influence politics through the use of money.

It’s possible to go around congress using the Ballot Initiative process. No politicians required as it lets the citizens pass their own laws and it all begins at the local level.

Watch this video for a superb explanation:

The act was written by top constitutional scholars conservative and liberal alike to stand up to the toughest scrutiny. Here’s the direct link to the .pdf file:
AACA_Full_Provisions.pdf
The official American Anti-Corruption Act website: anticorruptionact.org

Please add your name to join the fight here: represent.us