Oxnard Police is well known for incidents of death where the public is concerned.

Elliott Gabriel, a member of Todo Poder al Pueblo Collective, a local group that has rallied this year against what it calls Oxnard police brutality.

Gabriel said Oxnard would not be safe for residents unless they defend themselves from what he said are overzealous police who too often commit brutality on the people they are sworn to protect.

“They have become used to abusing us,” Gabriel said of the police 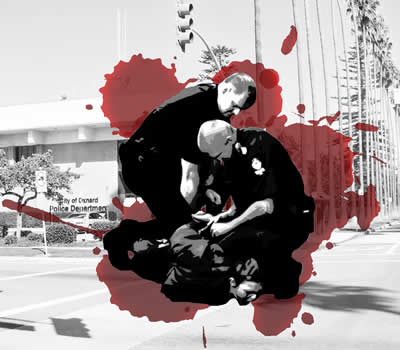