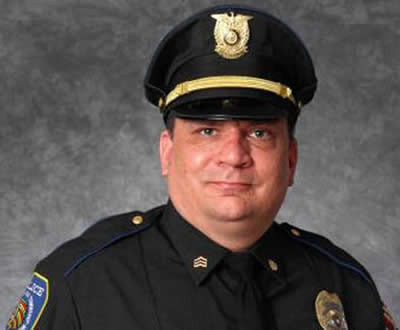 Officer Ronald Reinhart Jr. staged a robbery two weeks ago in Lower Paxton Township and planted evidence against another person.

Officer Ronald Reinhart Jr., 41, took his life during a standoff with police, who tried to serve him with an arrest warrant on Monday afternoon.

A neighbor, Jason Shaffer, said officers were announcing the resident’s name over a loud speaker.

“They continued to announce his name and ask him to come out of the house to no avail,” Shaffer said. “They fired on the house a couple of times with what I believe was tear gas or flash bangs or something, still no movement. Ultimately then, they began to kind of pack up shop, so I’m not sure if a tactical truck came in from the back, maybe breached the house, realized he was either not there or unresponsive.”

“I was shocked. I am really sad,” said Audrey Reyes, who has lived in the same block as the Reinharts for three years.  “This type of incident never happens in this neighborhood.”

Officer Ronald Reinhart, who police confirmed was a member of the Susquehanna Township Police Department, killed himself  at his home in the 100 block of Martel Circle at 12:42 p.m..