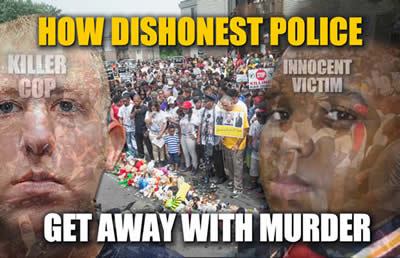 One of the most racist and corrupt police departments in America
A department that hired the worst of the worst cops and unleashes them upon a city to commit crime, abuse and murder.
Stranger Fruit: What Really Happened To Mike Brown In Ferguson?

NEWS STORIES
Ferguson changed how America talks about police violence. 5 years later, not much else has changed.
What has and hasn’t changed
The Gangsters of Ferguson
Darren Wilson was innocent. If only the city’s cops offered their own citizens the same due process he received.
Other Ferguson MO Police with unethical backgrounds