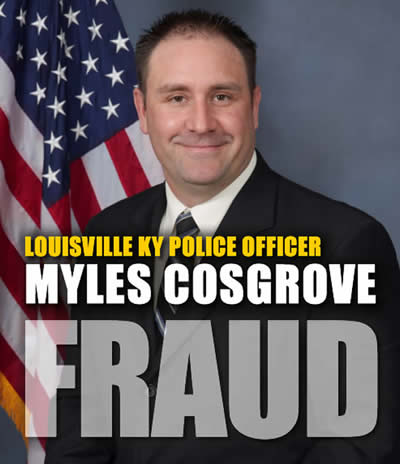 Louisville Kentucky Police Officer Myles Cosgrove is an enemy to the public and has no business with any authority worse
deadly force. It’s these egotistical, psychopaths who abuse power and are threats to the public who must be eliminated with any means possible.

This exposes the bigger problem with police today how some of the worst scum that gets employed is allowed to be promoted and moves up in management. In fact this is also apparent that bad officers who are fire often get hired by the Police unions which breed hate and manipulation of law and rights to help killer cops get away with murder.

Police are in fact 100% out of control in America, they abuse their powers for the wrong reasons. Often problem people are hired and with authority and deadly force they kill with impunity. This must be stopped and these officers must be prosecuted equally like anyone not as “above the law” persons.