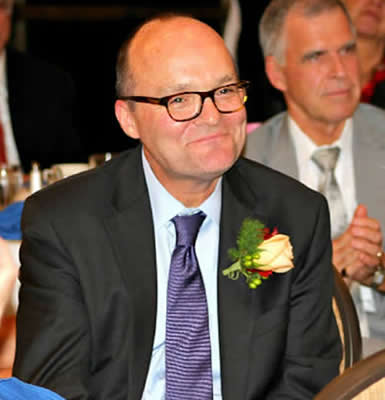 Judge Mitchell Lee Beckloff is with the Los Angeles Superior Court assigned to the Civil Division. He currently presides over a Writs and Receivers Department. Over the course of his judicial career, Judge Mitchell Beckloff has heard matters in the juvenile, family, probate and civil courts. He was appointed by Governor Arnold Schwarzenegger twelve years ago. Prior to his appointment, Judge Mitchell Beckloff served as a judicial officer (Juvenile Court Referee and later Commissioner) since 1999 or roughly twenty years in our judicial system. His law school training: he graduated magna cum laude from Loyola Law School in Los Angeles (a law school familiar to nearly all California Receivers). He received numerous academic awards, was Order of Coif, member of Alpha Sigma Nu and an Editor of the Law Review. His undergraduate degree is from UCLA. Other judicial assignments include Supervising Judge of the Probate Division from 2009 to 2013, and Supervising Judge for the Western District of the Court from 2016 to 2018 and now Writs and Receivers.

Judge Mitchell Beckloff’s biggest case during this nineteen-year tenure as a judicial officer: there are two; he was and is the Judge for all purposes in the Michael Jackson’s probate estate including the alleged sexual harassment claims. It is his “institutional knowledge” that prevents the case being reassigned, despite his current assignment Writs and Receivers. The second largest case also involves a probate matter – the estate of Mark Hughes, founder of Herbalife, died at a relatively early age leaving a $350 million fortune to Hughes’ eight-year-old son. Judge Mitchell Beckloff adds that it was a 56-day court trial!

Where did it all start? Judge Mitchell Beckloff might be considered an early globetrotter. He was born in Hawaii where his father was a physician, but he grew up and was educated in Kansas City, Mo. It was UCLA that brought him west and the rest is history.

After law school, then counsel Beckloff joined Pillsbury, Madison & Sutro. Later, he was one of the founding partners of Groman & Beckloff that, quite interestingly, practiced child custody litigation including appeals. Both Groman & Beckloff are now Superior Courts Judges and recall that Judge Beckloff started as a Referee in Juvenile Court hearing child custody litigation cases. FULL STORY

Judge Beckloff is participating in the corruption of the LAPD’s long practice of hiding the discipline actions taken against bad cops! The public has a right to these records. Judge Beckloff further is very prejudice and is aiding and abating these corrupt cops in hiding their criminal actions against the public! It’s time to clean the swamps of these corrupt officials! Please sign this petition & save our constitutional rights and freedom

L.A. judge halts release of records on misconduct and use of force by deputies

The New Multi-Billion Dollar Transit Fraud
Although Angelenos have been fleeced of billions of dollars to support developers’ Transit Oriented Districts (TODs) (with the help of doofus LA Superior Court Judge Mitchell Beckloff) the city and METRO will be aggrandizing the $310 million bus lane down Vermont Avenue to add a $8 billion train down the same route. Judge Doofus could not comprehend, or so he said — if you believe he is really that stupid — why the City’s transportation plan should study telecommuting, TelePresence, and the emerging technologies like Portal + and Echo, and their impact on transportation. Judge Doofus has easily ignored the City’s own 1993 Study on Telecommuting. He’s right in line with the reality that there is no fact too large or too relevant for an LA Superior Court Judge to ignore.

Since telecommuting is expanding rapidly and the use of rapid transit is decreasing at the same time, it would be relevant for the city to study how these new technologies will further reduce the need for trains such as light rail and subways. But since Judge Doofus cannot read or cannot comprehend what he reads or maybe wants one of those free mortgages (who knows?), the city and METRO are free to push ahead with their new $8 billion train project and pretend that it is still 1890 when choo-choo trains were king. FULL STORY