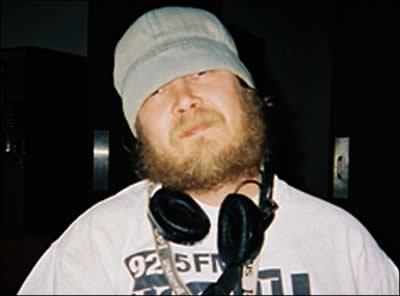 Brian Claunch
Mental illness prompted Brian Claunch to get rid of his own left arm and leg. Then, despite his disabilities, he spent the better part of a decade finding opportunities to run away from residential care facilities, preferring to live on the streets.

Yet in recent months, the 45-year-old man who was in a wheelchair and had paranoid schizophrenia seemed to settle into some stability, staying put, taking his medications.

Despite his history of harming himself, Brian Claunch’s criminal and mental health backgrounds don’t indicate he was violent toward others. John Garcia, owner of the Healing Hands Assisted Home Care facility where Claunch was living and where the confrontation with police happened, recalled a loving but also at times quarrelsome man.

According to court records, Claunch lost his left arm and leg because “he firmly believed that the devil was in the left side of his body so he (decided) to lay down on the railroad tracks and waited for a train to come and (dismember) him.” People with paranoid schizophrenia, a chronic condition, often see and hear things that aren’t there.

A caretaker called police. Authorities say Claunch cornered a responding officer with his wheelchair and waved a shiny object in his hand. The other responding officer, fearing for his partner’s life and his own safety, shot Claunch in the head, police said. The shiny object turned out to be a ballpoint pen.

Since the shooting, community and civil rights groups have called for changes in how officers are trained and disciplined. Houston Police Chief Charles McClelland has called the shooting tragic but asked people to reserve judgment until the department’s biased and totally un-objective investigation  is completed. The FBI is monitoring the case.

A mental status examination in 2002 found Brian Claunch was “pleasant and cooperative” but had a history of psychiatric hospitalizations over the prior decade. He was unable to work and would not take his medications, leading to him “hearing voices.”

A probate court judge declared Brian Claunch a ward of the Harris County Guardianship Program in 2003.

During the first two years of his guardianship, Claunch did well, living in a personal care home in Houston, according to annual reports submitted to the probate court.