FACT: Police account was false, do police lie when it comes to cover up,
In 2011, Ernesto Duenez was shot 11 times after officers followed him to a Manteca home. Investigators say Duenez was armed with a knife when he got out of the truck, but his family and friends say he was unarmed.

Manteca to Pay $2.2M in Settlement After Officer-Involved Shooting

Before you judge the Ernest Duenez Jr. and accept what the Manteca Police Department wants you to think. View the following dash cam footage of the actual event. Note that Ernest was not armed, a knife was not found. The fact that Officer John Moody lay in wait for Ernest, he had plenty of time to wait for
back up. He rushed in guns blazing with children and families where he discharged his weapon within city limits. Would Officer John Moody shoot at someone who was standing in front of his home with his wife inside?

Officer John Moody goes on to handcuff and even point his weapon at Ernest’s unarmed wife. Ernest was murdered in front of his home and in the presence of
his wife. Manteca Police Department did their own investigation and as usual when friends investigate friends it was found Officer John Moody did nothing wrong and was never jailed, polygraphed, drug tested or even prosecuted. In fact Officer John Moody received a paid vacation in the form of a full pay leave. 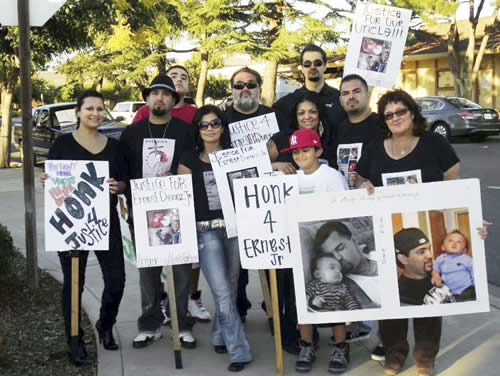 ACTUAL DASH CAM VIDEO
Note Officer John Moody yells Ernest’s name (he knew who he was stalking)
Moody states to “Drop the knife” this was false info
He unloads his weapon into Ernest Duenez Jr. (one shot could be an accident but
by far too many shots fired, this was clearly recklass and murder

Visit and Support the movement to Jail Officer John Moody 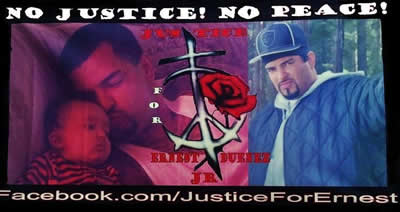