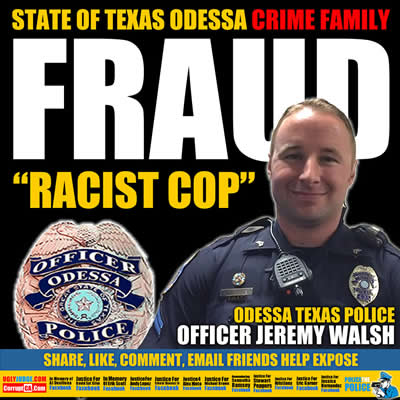 Odessa Police officer Jeremy Walsh was suspended for 10 shifts for making racial comments back in October 2014.

According to the report released by the Odessa Police Department, supervisors reported that during SWAT practice, a verbal exchange occurred between SWAT members involving unacceptable conduct.

The first incident involved Walsh stating to another officer that he had “Django hands.” Officials say the statement has a direct relation to the recent movie Django Unchained where the lead character is a slave turned bounty hunter and Walsh stated that the comment was meant that the officer, “has rough hands.”

The second incident occurred when Walsh made a statement to an African American officer when he stated he would get an officer to “show me how to pick some cotton.” Officer Jeremy Walsh said that the comment was a “correlation of slaves picking cotton” and since the officer, “being from Mississippi and being in the south.”

As a result of the internal investigation, Walsh was also suspended from the SWAT Team and ordered to receive diversity and anger management training.