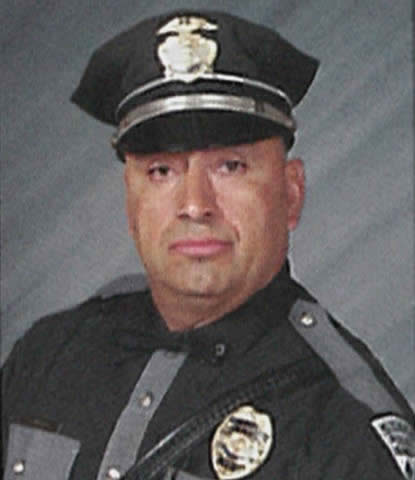 Taos New Mexico,  A Tennessee family on vacation in New Mexico ended up being shot at by by state troopers after a vehicular moving violation went awry.  What’s more, the trooper who opened fire on them is facing no charges, and has many supporters demanding he be put back on the streets with a badge and a gun.

Oriana Farrell, 39, of Memphis, is a single mother who was hauling her five children (ages 6-16) through the American southwest on a family road-trip.   The trip was intended to be an educational experience for her children whom were home-schooled.

Officer Tony DeTavis gave Ms. Farrell a fine for her driving, and told her that she could either pay the ticket or return to Taos suspending the road trip to contest it before a judge. After he returned to his vehicle, Farrell abruptly drove away.On October 28, 2013, on a desert highway 1,200 miles from home, the family minivan drew the attention of the New Mexico State Police.  Troopers had determined that her minivan had been traveling too fast and pulled the vehicle over to give her a speeding ticket.

The State Police proceeded to speed after her, following a policy of initiating pursuit no matter how trivial the offense.  Farrell again stopped the minivan for police.  One of the officers started shouting at Ms. Farrell to get out of her vehicle.  She complied and exited the vehicle, but when an officer attempted to grab her, Farrell’s 14-year-old  son instinctively got out and attempted to defend his mother.

After a short altercation with the officer, the boy and Ms. Farrell got back into the van.

Another officer arrived on scene and began smashing a passenger side window with his baton, shattering glass all over the children.  The van then began to speed away and another officer identified as Officer Elias Montoya  drew his pistol and started firing shots at the back of the van.

This is how police and judges get away with crime. They’re never prosecuted. They’re allowed to resign, retire, quit and no charges are filed. What this does is allow them to let things quiet down then they apply for new employment.  Plus they usually keep their benefits and pensions. Anyone else would be in jail and have a lifetime felony charge which would not allow them to work in the field again.

The New Mexico police officer who opened fire on a minivan full of kids has a new job in law enforcement and will be back on patrol in the coming weeks. The Taos County Sheriff’s Department has hired former State Police Officer Elias Montoya. Now the sheriff who hired him is defending his decision, saying it’s time to move forward.

The dash-cam video that caught Montoya working as a State Police officer and firing his gun at a minivan full of kids made national headlines. It also cost Montoya his his job, until now.

“He is a member of my department now and I am proud to have him on board,” said Sheriff Jerry Hogrefe of the Taos Sheriff’s Department.

Hogrefe, who recently took office as Sheriff in January, says he’s hired Montoya to serve as one of his two new deputies. Montoya and a former Rio Arriba County Sheriff’s Deputy Gilbert Atencio were picked over 15 other candidates.

“His experience, his qualifications,” said Sheriff Hogrefe. “(They) were the top 2 candidates throughout that entire testing process that took several weeks.”

Montoya is now training at the Taos County Detention Center, however, the Sheriff’ says he’ll likely be back on full-time patrol in Taos County in about two to three weeks.

Montoya resigned from his 12-year career from State Police after the shooting as part of settlement agree with the agency. Technically, Montoya wasn’t fired.

“It did not in any way affect his commission or certification,” said Sheriff Hogrefe.

Now view the video below with where Trooper  Elias Montoya says he’s not concerned about safety. Yet he shoots 3 times into a vehicle “Driving Away from him” which was in no way a cause for him to fear anything. Also note the other (2) officers did not feel the need to begin shooting. You don’t give people second chances who “commit attempted murder” and shoot at fleeing citizens. This was not an armed suspect who shot at him.