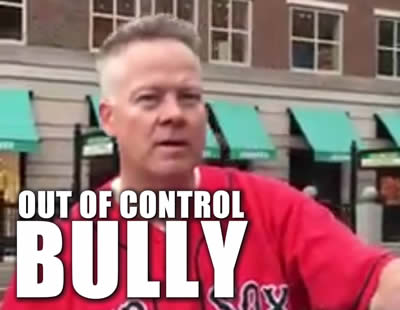 The off-duty officer captured on video roughing up a pedestrian in the Back Bay on Tuesday has twice before been investigated on allegations that he used excessive force, according to Boston police department records.

A video posted on Facebook this week shows Edward P. Barrett, a patrol officer in West Roxbury and a 20-year veteran of the department, on top of the pedestrian with his knee on the man’s back, leading the police department to investigate the incident.
“The actions of the officer are being investigated by internal affairs,” Boston police spokesman Lieutenant Detective Michael McCarthy said Thursday. But, he added, “we don’t condone pedestrians taking action the way this pedestrian did. We can take a minute to remind people that it’s never a good idea.”

The scuffle allegedly began when the 54-year-old pedestrian struck Barrett’s car with an umbrella as the officer turned onto Arlington Street.