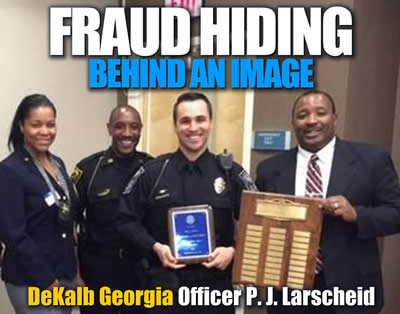 White DeKalb County Police Officer P.J. Larscheid is a perfect example of how the wrong person gets hired and hides like a coward behind an image. An image that offers control, power, immunity, deadly force and authority to feed a very ill person. Yet police departments all over America hire bullies, insecure problem people with huge self image issues. They seek power and control and even revenge on the public. Yet when they’re exposed and revealed for who they really are government does the opposite. Instead of protecting the very public who pays them via taxes they protect the criminal, the fraud, the liar and woman beater.

“Let go or I’m going to SHOOT YOU” What the hell? This officer never should have been hired and MUST be fired now.

Thursday, Georgia Bureau of Investigation said it will investigate the incident at the request of DeKalb County CEO Michael L. Thurmond. Officer P.J. Larscheid was placed on administrative leave Wednesday pending the outcome of a second internal investigation. He was initially cleared of any wrong-doing, but Monday, police said they reopened their investigation after a bystander’s video recording of the incident went viral on social media.

The incident occurred on June 4 after officers were called to a store in the 3300 block of Glenwood Road, on a complaint that a female was soliciting customers inside the location.

Officials said in the statement released Monday that since the department has received “new evidence, we have reopened the investigation and will determine the incident is consistent with policy and the law.” Police said Officer P.J. Larscheid filed a “use of force” report on the incident, but officer P.J. Larscheid  was cleared after an internal investigation by the DeKalb County Police Department. (All based on the word of the very criminal who committed the act).

Officer P.J. Larscheid can be seen on cellphone video repeatedly assaulting McCray with a baton as McCrary lies on the floor kicking and seemingly blocking the blows due to pain and abuse.

In their statement, police said the department “was not aware of the cell phone video and did not have possession of the video” when they originally cleared officer P.J. Larscheid.

EVEN OTHER COPS agree this officer is wrong 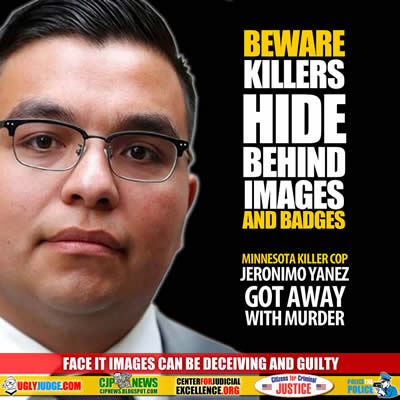