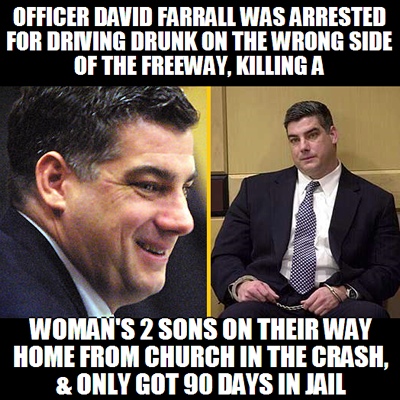 FBI agent David Farrall sits handcuffed at the Broward County Courthouse in Fort Lauderdale. Farrall was sentenced to 90 days in jail after being found guilty of six DUI-related misdemeanors in the deaths of brothers Maurice Williams and Craig Chambers on Nov. 23, 1999. He could have faced 30 years in prison if a jury had convicted him of DUI manslaughter in November