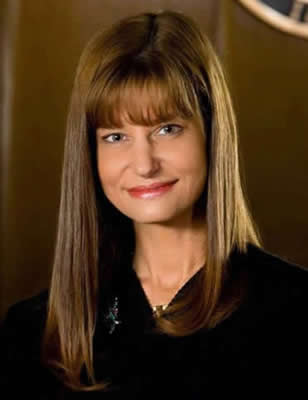 Judge Susie L. Norby is a judge on the Clackamas County Circuit Court in Oregon. The court has jurisdiction over Clackamas County and is located within the 5th Judicial District.
2012 election

Oregon Judge Susie L. Norby used a bench as a battering ram to break free from a locked courtroom, causing about $3,000 in damage.

Judge Susie Norby offered to pay for the damage out of her own pocket, but a Clackamas County spokesman said the funds will come from the county’s general fund, meaning taxpayers will foot the bill.

Norby said her offer was turned down because county officials regarded the cost as negligible, the newspaper reported.

“I feel deeply sad to have caused harm to our beautiful and historic building,” Norby told the newspaper. “It is a building I cherish, respect and am proud and grateful to work in.”

Rate this Judge to help inform the public

Oregon, Portland area and the tri-county courts of Clackamas, Multnomah, and Washington Counties. Judge Susie Norby has been on the bench since 2007 in Clackamas and happily supports predatory attorneys who draw an unsuspecting public into her control in conservatorship litigation. Norby also did $3,000 of damage to her court’s doors when she locked herself in her office one Sunday in 2018 and used her desk as a battering ram to free herself. No cellphone, no desk phone, and no keys inside your own office? Really?

The publicized cases of victims Lea Helmig, Ethel Cook, Susan King, Tricia Coveny, Wayne Faulk, and most recently Ruth Huglin demonstrate the pattern and practice. Isolate the ward, defame legitimate protectors, and liquidate the estate.
Baker is an attorney who has practiced probate, family and civil law in the tri-county area(Clackamas, Multnomah, and Washington) for 37 years. He is a former State Representative, State Senator, a North Clackamas School Board Chairman. Aside from having a long history of volunteering with Warner Pacific College, Milwaukie Rotary, Parrot Creek Family Services, St. Andrews Legal Clinic, and Senior Citizens Council of Clackamas County, Ken is a master gardener, and enjoys fly fishing and traveling.

Ken Baker has worked hard at building a network that supports his endeavors in northwest Oregon.
Pagnano has focused on estate planning and elder law litigation since he received his law degree from Northwestern School of Law and was admitted to the Oregon State Bar in 1989. He is a founding partner of Davis Pagnano McNeil & Vigna, LLP, The Elder Law Firm.

Richard has spent many hours volunteering with the Senior Law Project. His contributions were recognized with awards from the Senior Law Project in 1993 and in 1996 for Outstanding Volunteer Service. Richard joined the board of directors for the Guardian/Conservator Association of Oregon in 2009. He was the co-chair of the Portland City Club’s Health Care Issues Committee for two years, and also served as chair of the board of directors of Elderway, Inc., a non-profit organization that delivers groceries and medicine to elderly and disabled homebound individuals. The Multnomah County District Attorney’s office called on him to be an expert witness in a prosecution for financial abuse of an elder.
Within the Oregon State Bar, Richard has been chair of both the Estate Planning and Administration Section in 2004 and the Elder Law Section in 1999-2000. He has made a number of presentations on probate, estate planning, and elder law issues.

Richard Pagnano has worked hard at building a network to support his endeavors in northwest Oregon.
Nathan Rudolph is a partner at Smith, McDonald, Vaught & Rudolph, LLP. He has only been an attorney since 2012 but quickly climbed the ladder with his litigation skills. He became partner just five years after joining the firm.
Ann Yela is a “professional” guardian and respected insider member of the Guardianship/Conservatorship Association of Oregon. She learned the ropes from Patricia Piazza of Farley, Piazza & Associates. FPA was founded in 1991 and controlled by Yela Fiduciary Services as of 2017.

Predatory attorneys in states like California, Florida, Washington, and Oregon often cultivate “professional” private guardians more than willing to do the dirty work and assume any risk of criminal investigation while they all traffick the estate of a vulnerable adult. The criterion to become a guardian in Oregon demonstrates the issues. All that is required is having a high school education, being 21 and passing a short online test by the National Center for Guardianship Certification. Nearly anyone can qualify and nearly anything can happen to a loved one…and often does.

Judge locks self in courtroom, causes $3G in damage trying to break free: report
Judge uses bench to try to break out of locked courtroom, prompting $3,000 repair bill
Chapter 135 – Unlawful Ex Parte Contact With the Court By Hart Wagner
A Diversity Within: The Mystery of the Missing Juror By Judge Susie L. Norby