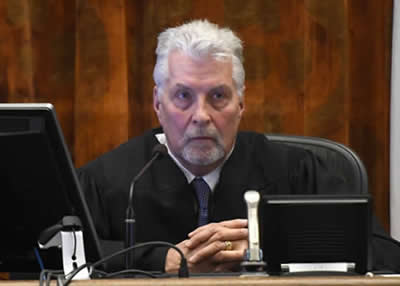 Current Term: Sept 15, 2013–Sept 14, 2016 (withdrew from council in Aug 2015)
Membership: advisory member, appointed by Chief Justice Tani G. Cantil-Sakauye
Prior term served: Sept 2010–Sept 2013, voting member, appointed by Chief Justice Ronald M. George
Internal Committees: Technology Committee, Chair; Policy Coordination and Liaison Committee
Council Liaison to: Superior Courts of Kings, Monterey, San Luis Obispo, and Ventura Counties.
Judge Herman was appointed to the Superior Court of Santa Barbara County in 2005 and is currently serving as the assistant presiding judge. He joined the bench with more than 20 years of experience in private law practice, specializing in complex commercial litigation. He was a deputy public defender in Riverside, San Diego, and Santa Barbara Counties for 7 years. A former president of the State Bar of California (2002–2003), Judge Herman served on the State Bar’s Board of Governors and chaired and served on the bar’s Judicial Nominations and Evaluation Commission Review Committee (JNE) for 3 years. He has been a lecturer and writer for numerous legal and academic institutions, bar groups, and community groups on a variety of legal topics. He is a member of the California Commission on Access to Justice and the Pro Bono Commission. Judge Herman chairs the council’s Technology Committee, is vice chair of the Policy Coordination and Liaison Committee and serves as liaison to the Probate and Mental Health Advisory Committee. His past committee experience includes membership on the Court Technology Advisory Committee (2007-2010), Civil and Small Claims Advisory Committee (2005–2006), and the Task Force on Self-Represented Litigants (2004–2005). He was a lawyer member of the Judicial Council (2004–2005) and served on the Rules and Projects Committee during his initial term. Among other honors and awards, Judge Herman has received the Judicial Council’s Bernard E. Witkin Amicus Curiae Award (2004). He also has served on a number of California Judges Association committees, including the executive committee. He used to be the President of the California Bar Association (and very involved in the California Judicial Counsel)

James Herman this year got pummeled by a speeding car on a South African street, and began a new career in the shadow of the world/s media, so the Superior Court judge had reason to enjoy his enrobing ceremony Thursday before 200 friends. John Van de Kamp, former California attorney general and current president of the State Bar, was a featured speaker at the enrobing in Solvang/s Veterans Memorial Hall.

“As a trial lawyer, Jim was always very well-prepared,” Van de Kamp said in an interview. “He speaks well, and has a very sort of off-beat, catch-you-by-surprise sense of humor. I think he/s going to be a fine judge.”Herman/s wife Denise de Bellfeuille, a Superior Court judge in Santa Barbara, placed the black judge/s robe on her husband during the ceremony.”It/s a real thrill to have a two-judge family,” de Bellfeuille said in an interview. “That I/ve been a judge for 12 years and can provide Jim with the benefit of my experiences gives new meaning to the phrase /the woman behind the man./”

Also during the event, a bailiff convened a special session of court, and Herman recited his oath. What a difference a few months can make. While touring South Africa in March, Herman was struck by a car as he crossed a busy street in Soweto. He spent 12 days laid up in a hospital there, recovering from major injuries. “I was there to hear about South Africa/s legal system, but I ended up learning much more about its medical system,” Herman said during an interview this week from his chambers at the Santa Maria Court Complex. On May 16, as Herman continued to recover, Gov. Arnold Schwarzenegger appointed the Santa Barbara-based attorney to a vacant judgeship in Santa Maria. After transferring his caseload to his partners at the law firm of Reicker, Pfau, Pyle & McRoy, Herman began work in Santa Maria June 13.

Judge James E. Herman of the California Superior Court, County of Santa Barbara. He has extensive experience as both a public defender and a civil litigator, and served as president of the California State Bar Association for two years, prior to his appointment to the bench in 2005 by Gov. Schwarzenneger. Judge Herman’s full bio is available here: http://www.sbcourts.org/gi/jo/herman/

The Judicial Council of California yesterday announced the members of its new Technology Planning Task Force, which is charged with addressing and making recommendations on the governance, strategy, and financial support for judicial branch technology.

“A comprehensive and collaborative technology plan update and redesign, grounded in the technology needs of the courts, is the key to branch technology progress and funding,” said Santa Barbara Superior Court Judge James E. Herman, who will chair the new task force, in a news release from the council.

First District Court of Appeal Justice Terence L. Bruiniers, head of the Judicial Council’s CCMS committee, said the offer by Soon-Shiong to provide funding and technological assistance “presents, in my view, a unique and historic opportunity that allows us to do significantly more in collaboration with a private nonprofit foundation and with the assistance and support of the State Bar.”

“A door has opened to us,” said Santa Barbara Superior Court Judge James E. Herman, a council member and head of an internal committee overseeing CCMS, who noted the similarity between CCMS and Soon-Shiong’s vision of a health-care grid that will provide real-time information to doctors and patients. “That vision is parallel, and he is willing to put his money where his mouth is in order to help us to go forward with this effort.”

Despite spending $500 million on the California Case Management System (CCMS), court officials terminated the project and allocated $8.6 million to determine whether they can salvage anything. In 2004, planners expected the system to cost $260 million; today, the price tag would be $2 billion if the project runs to completion.

The multi-billion project, started in 2001, was intended to automate California court operations with a common system across the state and replace 70 different legacy systems. Although benefits from the planned system seem clear, court leadership decided it could no longer afford the cost of completing the system, especially during this period of budget cuts, service reductions, and personnel layoffs. A vague statement on the California Courts website, explains:

“We have to develop a new vision for our branch technology infrastructure given our fiscal climate,” said Judge James E. Herman, chair of the committee. “We are committed to implementing a cost-effective, efficient technology that serves the public, litigants, attorneys, and trial courts.

Translation into plain English: “Branch offices across the state need this system but we just don’t have the money to pay for it.”

The Daily Journal quotes Santa Barbara Superior Court Assistant Presiding Judge James E. Herman, who has overseen the Judicial Branch’s recent technology planning, as welcoming Justice Chin’s appointment to the Judicial Council. According to Judge Herman, Justice Chin is “ ‘incredibly tech savvy. He’s really just such a visionary in terms of what technology can do for access to justice.’ ”

If someone on a fixed income spends a lot of money on something, you would probably conclude that whatever they are buying is important to them. For example, if someone makes $40,000 a year and they buy an $80,000 car, you can guess that that having an expensive car is important to that person. The courts are broke. They are laying people off, closing court rooms, and the forecast does not look good. So, if the courts around the country are splurging on something, there’s got to be a reason. If they are choosing to buy something expensive over, say, having people to answer phones, or research clerks, or coffee for jurors, you would probably have to conclude that whatever they are buying is important to them.

The broke courts are spending a lot of money on courtroom presentation software. The reason is that even the broke court system realizes that justice is so hindered by attorneys who try to rely on just their storytelling ability alone, that the court must provide equipment for attorneys to use visual aids in trial. Most attorneys who are going to trial can bring their own equipment, but the system realizes that it is so important that they use audiovisual aids, that personnel positions must be sacrificed in order to ensure that attorneys use technology in trial.

Why Are They Doing This?

Here is what the federal court system found back in 1998:

More than 90 percent of the jurors who responded indicated that they were able to see evidence clearly and follow the attorneys’ presentations. A similar percentage believed that the technologies made it easier for attorneys to present some evidence. As a result, most jurors believed that they were able to remain more focused on testimony and evidence, although a substantial minority would have preferred to handle the evidence in some instances.

The problem is that most attorneys are as good at storytelling as they are at writing. That is to say, in their mind, they are really good, but in reality, not so good. The other problem is that the jury system is set up so that the most convincing side wins, not the most correct side. That often means the side that can present the most memorable case, or the case that is the easiest to understand. It’s not exactly fair, but it is the system that we have and it can be fair if you learn how to take advantage of it.

So Who Is Investing in Courtroom Technology? 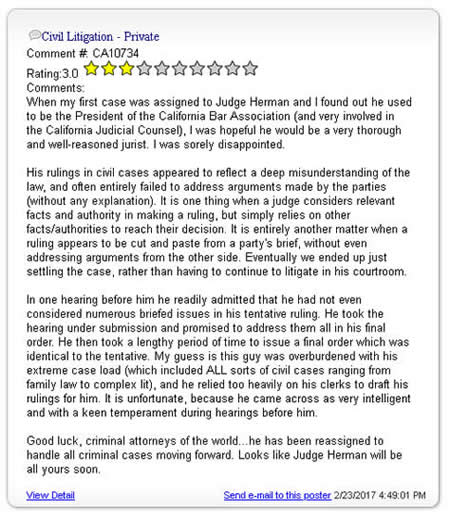