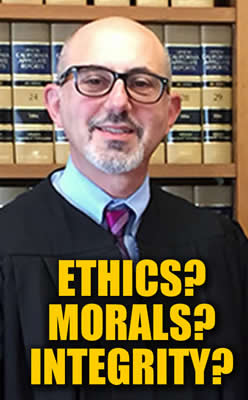 Aug 11th, 2017
Vartkes D. from La Canada Flintridge, CA writes:
This report concerns judge Zaven V. Sinanian (aka, Vartkes Sinanian), probably the most corrupt, fraudulent judge at the LA superior court. Although Zaven Sinanian allegedly “presides” over dept. 23 at the Stanley Mosk Courthouse, Mr. Sinanian takes advantage of power-less elderly people, via the probate system, and uses it to make a profit on the lives of innocent people (literally). Stay away from Mr. Sinanian—he should not be a judge, nor a member of the State Bar. If you cannot avoid Mr. Sinanian’s dirty hands, then use self-help, because he must and should be caught. Shame on you, “Judge” Zaven Sinanian. Time will tell.

Sam Lufti has once again struck out in his attempts to get Britney Spears to testify on his behalf in his defamation lawsuit against her parents, as El Lay Superior Court Judge Zaven Sinanian refused his attorney’s request to have the pop star undergo an independent psychological evaluation, as it would infringe upon sealed orders from Judge Reva Goetz, who is responsible for her conservatorship!

Conservatorships if you search the term is a legal term used and abused to take control of someone’s life and give that control to the dishonest.