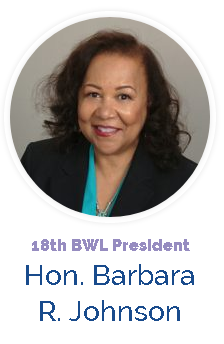 See her ratings at the Robing Room

I was evicted back in June 20017, from an apartment building that is owned by my mother and is currently held in her living trust that I am designated to inherit. This report gets more complicated and even darker in consideration that my mother’s multi million dollar estate has been locked up in a probate case since 2004 in the Los Angeles Superior Courts Probate Department 11 at the Stanley Mosk Courthouse. Unfortunately for me, I not only inherited part of a multi-million dollar estate but I also inherited my brother & sister’s greed and the Los Angeles County Superior Court Probate system corruption!

I originally opened this probate case in the probate court Department 11 back in 2004. Due to the corruption in Department 11, it took me until 2015 to remove the former co-trustees from my parent’s estates. I was next in line to be appointed as trustee as was recommended by the Public Guardian of Los Angeles County but judge Michael I. Levanas, decided to appoint a so-called professional fiduciary over my parent’s estates back in 2015.

This professional fiduciary Jeffery Siegel, seems to be very popular with the LA Superior courts probate department and is getting regular appointments as a conservator and professional fiduciary. After his first year over my mother’s estate, he has only continued to waste the commercial properties and consumes all of the income from these commercial properties on himself, his management company Ingenious Asset Group www.ingeniousassetgroup.com, the court appointed Probate Volunteer Panel (PVP) attorney Samuel Ingham [inghamlaw.com] and his two private attorneys Sarah Talei & Nathan Talei of the Oldman, Cooley, Sallus, Birnberg, Coleman, & Gold, L.L.P. Law firm [OCLSLAW.COM] who represent him in my probate case.

Back in February of 2016, I had begun the court proceeding to remove Jeffery Siegel, as the current Trustee. He in turn begins a 2nd eviction case against me by hiring a so-called eviction lawyer by the name of Steven J. Siebig. This was the second time that Jeffery Siegel, tried to evict me. I won the first case and was not ordered to pay any back rent. This case lasted for over one year. The preliminary eviction judge Deborah Christian, allowed several continuances of the 1st trial before the final trial date.

When the second eviction trial began, this new eviction lawyer Steven J. Siebig, decided that he was going to force me into an eviction trial from the 1st day with no lawyer representing me by intimidation, physical assaults and insults in the hallway of the court building! When I demanded a jury trial for this case judge Deborah Christian, would not allow it and she would not allow me any additional time to get a lawyer specifically because Steven J. Siebig, did not want her to!

I was able to stop the aggressive behaviors of Steven J. Siebig, only after I had threatened to arrest him with the sheriff’s deputies in Judge Deborah Christian’s court room! I reported this to the Sheriff’s station in the court building but they would not take a police report! Both of these eviction trial were held at the Stanley Mosk Court House located at 111 North Hill Street in Los Angeles, California.

Just before the trial on the 2nd eviction case, I reviewed the eviction documents with a lawyer and we found out that the 3-day notice did not contain specific components that are required by state statues. So we decided that I would go to the trial alone and ask for a motion to dismiss the case because of a defective 3-day notice. I tried to do this at the beginning of the trial but Judge Mark A. Borenstein, actually yelled at me and said that this trial is going to be done his way! So I had to go through the entire trial process that lasted the entire day before I could ask for a motion to dismiss! This was actually better because I got a lot more evidence on the record. This included a court document from my mother’s lawyer that stated that I could live at the apartments “rent free” and the testimony of one of the lawyers in my probate case (Nathaniel Talei) of him lying under oath!
During the trial, Judge Mark A. Borenstein, prevented me from asking some specific questions to one of the witnesses as if he was the lawyer for the plaintiff regardless of the fact that Steven J. Siebig, did not raise any objections to my questions. This blocked important evidence for my defense.

At the end of the trial during my closing arguments, I stated to judge Borenstein that he just witnessed two corrupt lawyers who you have just witnessed lying under oath. I also stated that this eviction lawyer is unethical, incompetent, does not know how to do an eviction, has just lied to you under oath, filed this eviction case against me in retaliation for my attempts to remove the trustee and are getting paid from my mother’s trust. Judge Borenstein, responded by saying, “I did not see any of this!”

With all of this evidence, Judge Borenstein denied my motion to dismiss and granted an eviction judgment against me! At a later hearing, I requested to be allowed to stay in my apartment pending an appeal but judge Borenstein denied this motion also. At this hearing, I brought up the fact that my right to a jury trial was violated and that this was nothing but retaliation by the court appointed trustee Jeffery Siegel, through his lying, stupid and incompetent lawyer Steven J. Siebig.

As a result of this corrupt eviction judgment, I have been forced into a homeless situation in Los Angeles, California instead of owning and operating the residential income property that my parents wanted me to have years ago.

Initial Investigation from the TJC

These lawyers and judges are what I classify as “Slugs” because slugs always leave slime in their tracks! The research that I did just on the Internet on these “Slug” lawyers and judges pulled up the following slim!!
According to www.therobingroom.com, the dishonorable judge Mark A. Borenstein, is a judge for the Superior Court of Los Angeles County in California. He was appointed by Republican Governor Arnold Schwarzenegger on March 26, 2009, to succeed Coleman Stewart. He was elected to a full term in 2010. California held general elections for local judicial offices on November 8, 2016. There was a primary on June 7, 2016. The filing deadline for candidates who wished to run in this election was March 31, 2016. A total of 351 seats were up for election. Incumbent Mark A. Borenstein ran unopposed in the election for Office 77 of the Los Angeles County Superior Court.

Deborah L. Christian is a judge for the Superior Court of Los Angeles County in California. She was appointed by Governor Gray Davis in October 2002.

California held general elections for local judicial offices on November 8, 2016. There was a primary on June 7, 2016. The filing deadline for candidates who wished to run in this election was March 31, 2016. A total of 351 seats were up for election. Incumbent Deborah L. Christian ran unopposed in the election for Office 169 of the Los Angeles County Superior Court.

If an incumbent judge is running unopposed in an election, his or her name does not appear on the ballot. The judge is automatically re-elected following the general election.

Judge Deborah L. Christian, has many bad reviews on the website:

The so-called eviction lawyer in my case Steven J. Siebig, has some bad reviews on  Yelp.com
You can read these reviews from this link:
https://www.yelp.com/biz/law-offices-of-steven-j-siebig-valencia

Sarah Talei & Nathan Talei are brother and sister Iranians. The court appointed trustee in my case Jeffery Siegel, has not given any specific justifications to the court as to why he has two lawyers representing him in  my probate case that have been getting paid over my objections from my mother’s trust!
I can testify that Nathan Talei, is a dirty lying lawyer who was stupid enough to lie against me under oath during and before my eviction trial! Why are they giving law degrees and licenses to practice law in my judicial system to criminal Iranians?

Samuel Ingham,
is the court appointed Probate Volunteer Panel attorney (PVP) for my mother. He has never spoken to my mother nor did he do anything to bring her back to Los Angeles where she wanted to live.

Samuel Ingham, was the court appointed attorney for Britney Spears. She finally fired him from her case.

He has not taken any actions against the former PVP lawyer for my mother Andrea Van Leesten, who helped and allowed my brother and sister to steal and waste millions of dollars from my mother’s estate!!

Samuel Ingham, stated to me that he supports the criminal conduct of the so-called eviction lawyer Steven J. Siebig, and has not raised any objections to his criminal professional misconduct in my probate case!

>Samuel Ingham, has claimed that he wrote the court rules for PVP attorneys for the Los Angeles superior courts.

This article was written by Ernest L. Moore
The founder and creator of The Justice Channel!
All research was done by Ernest L. Moore.
This is the 1st part of a series of reports about the corruption in the Los Angeles superior courts and the probate courts.
You may contact Ernest L. Moore at:
tjc@corbettstudios.com