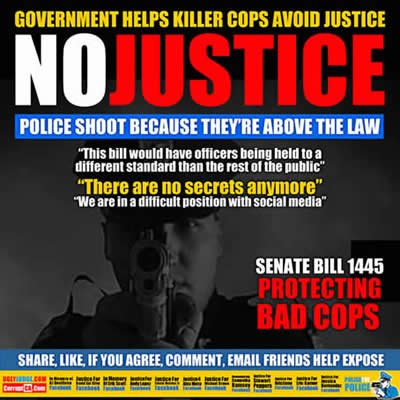 A Senate subcommittee passed a bill Wednesday that would prohibit police from releasing the names of officers involved in police shootings until three months after the shooting, despite great opposition from the public.

Senate Bill 1445 would prohibit law enforcement agencies across the state from disclosing the names of officers involved in deadly or excessive use of force incidents for 90 days, said the bill’s sponsor, Sen. Steve Smith, R-Maricopa. Smith also said that if an officer is found to be guilty of violating department policy or state law, the proposed law would become void. An officer may also give permission for his or her name to be released prior to the 90 days.

However when police departments fail to hold officers responsible for violation of department policy or state law none of this matters.

Police shootings typically set into motion parallel investigations that can take months: one investigation into whether a crime was committed, and another to determine whether the use of force was in or outside of department policy.