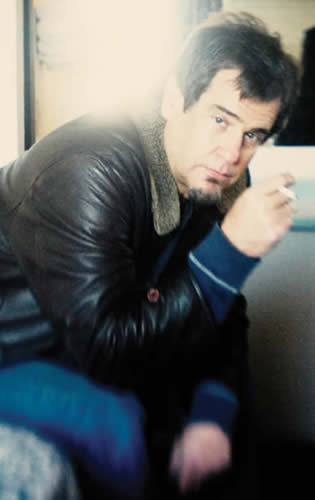 Probate courts’ power is often overlooked and underestimated. Unbeknownst to many, this status generates opportunity to quietly defend or destroy the personal liberty and/or property rights of those coming before such venues. Folks associated with the conservatorship (called guardianship in other states) over Nashville musician Danny Tate would likely have preferred minimized visibility of their actions. Instead of allowing a quiet hijacking of a man’s freedom and property, Tate’s entertainment industry friends are rallying to stop the ongoing depletion of his assets and the continued denial of his basic civil liberties. The friends astutely recognize that what’s happening to Danny Tate fundamentally defiles the foundations from which many American rights flow. These same friends also understand – if this could happen to Danny, it could happen to you!

Askin’ for your help, I’m not refutin’,
Who would have known it would lead to this lootin’?

You took my money, my life and my trade,
Trusting you had a price – the biggest I’ve paid.
With classic country elements like betrayal and pain, this case is perfectly set in Music City, U.S.A. The growing interest in Danny Tate’s plight started with a Nashville Scene article published earlier this year. In Court-Ordered Hell – how an errant judge and a controlling sibling stripped Nashville rocker Danny Tate of his money, his livelihood and his legal rights, reporter Brantley Hargrove chronicles how Danny Tate never dreamed the power of attorney intended for use by his brother David to pay bills while Danny was in rehab would instead be used to initiate and finance a conservatorship action legally stripping the musician of both his personal and property rights.

Think this can’t happen in America? Think again and read on as it happens every day. Conservatorships allow a court-appointed individual complete power over a person, their property or both. They are often used for the elderly, the disabled or individuals incapacitated due to catastrophic accidents or illness. Legitimate need for such an extreme measure sometimes exists. Increasingly, however, conservatorships (guardianships) are being used as a tool, a way in which the legal system is weaponized so as to gain control of a person and their assets for exploitative purposes. Suspected abuse cases often have certain patterns. Danny Tate’s is no exception and it also offers important points of which the public should beware. Free Danny Tate

More than five years after finally winning release from a hotly contested conservatorship, singer songwriter Danny Tate has once again gone into bankruptcy in attempt to regain access to royalties he hasn’t seen for years.

Tate sought bankruptcy protection in federal court in Kentucky in the Fall after a Nashville judge summarily rejected his attempt to recoup at least a portion of royalties ranging from an estimated $12,000 to $20,000 a year.

The royalties have been going to Nashville attorney Michael Hoskins who represented Tate in his efforts to escape a conservatorship first imposed by a Davidson Probate judge in 2007.

Hoskins already has gained title to Tate’s Belle Meade home, which was sold off at auction.

In a recent filing in Davidson Circuit Court, Tate’s attorneys argued that the attachments placed on Tate’s assets and income were driving him into homelessness.

Noting that the garnishment was imposed on Feb. 12, 2013, Tate’s lawyers said 100 per cent of his royalties from BMI music have been taken away, leaving him ” little or nothing to for his personal family or household needs.” FULL STORY