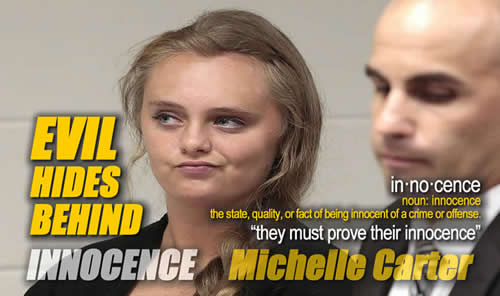 Conrad Henri Roy III (September 12, 1995 – July 13, 2014) was an American man who died by suicide at the age of 18. His girlfriend, then 17 year-old Michelle Carter, was accused of encouraging him via text messages even after telling him to seek help. The case was the subject of a notable investigation and involuntary manslaughter trial in Massachusetts, colloquially known as the “texting suicide case“. Commonwealth v. Michelle Carter involved scores of text messages, emails, and phone calls recorded between Carter and Roy in the leadup to the latter’s death. Roy had seen numerous mental health professionals, and he insisted that he wanted to die. Carter and Roy had both been prescribed psychiatric medication. The case raised questions pertaining to the nature and limits of criminal responsibility.  Judge Moniz inferred that Carter wanted Roy dead and that her words coerced him to kill himself, a position that has been subject to some criticism. Carter was convicted by the judge of involuntary manslaughter, chiefly on the basis of her final phone call in which she ordered Roy, after he had become scared, to go back inside his truck as it filled with lethal carbon monoxide. FULL DATA

The woman who as a teen encouraged her boyfriend’s suicide will serve her full sentence after the U.S. Supreme Court declined to hear her appeal.
Aug. 24, 2015: Michelle Carter in court in New Bedford, Mass. (Peter Pereira/The New Bedford Standard Times via AP, Pool, File)

Carter, now 23, was convicted of involuntary manslaughter after Conrad Roy III took his life in a Kmart parking lot in Fairhaven, Massachusetts. Sentenced as an adult, she was given 15 months in prison.

Roy was 18 and Carter was 17 on July 12, 2014, the evening when he called her and talked of killing himself. At one point, he appeared to have second thoughts and she commanded him to “get back in” his carbon monoxide-filled pickup truck.

The phone call wasn’t recorded, and the judge relied on a text Carter sent her friend in which she admitted she told Roy to get back in the truck. In text messages sent in the days leading up to Roy’s death, Carter also encouraged him to follow through with his suicide plan, Massachusetts courts found.

Carter’s lawyer Joseph P. Cataldo called the Supreme Court’s decision “unfortunate” in an email to the Boston Herald on Monday and left the door open to other possible action in the case.

Cataldo had argued Carter’s conviction violated the First Amendment guarantee of free speech because it was based solely on words that she texted or spoke. An appeal on the same grounds was previously rejected by the Massachusetts Supreme Judicial Court.

Carter began serving her sentence in February 2019 at the Bristol County House of Corrections. Her request for early parole was denied in September.