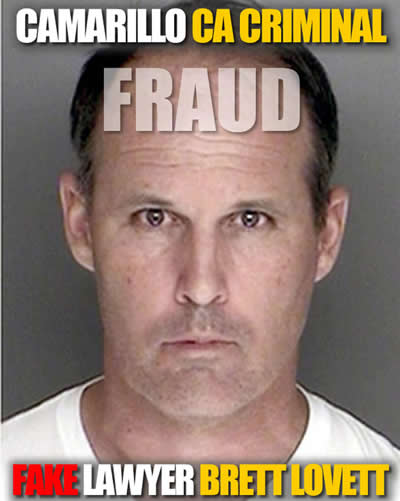 Camarillo FAKE lawyer Brett E. Lovett is the ultimate Criminal and low life, taking advantage of seniors. The bottom feeders should be disbarred for life like the other scum on our UGLY Lawyers pages. They abuse the legal system and break laws and violate rights Brett Lovett, 44,was arrested on suspicion of embezzling $1.2 million in a fraud scheme that targeted several seniors.

Using a phone book — that archaic yellow-toned tome now mostly found in hotels and Airbnb rentals trying to be hotels — should be fairly harmless. But, for R. Landis, that seemingly innocuous act all but bankrupted her.

Eric Wood, Landis’ son and a former La Cañada Flintridge resident, said it was around 2011 when his mother, now 72, was looking for help in getting a divorce. According to Wood, his mother was living in Sacramento at the time and didn’t have the funds to hire a lawyer.

“She looked in the phone book and found a legal aid group [in Pasadena] and this gentleman … answered the phone,” Wood said. “She said he could help her through all the process of getting a divorce.”

The man told Landis her husband had some kind of investment that would result in her receiving a settlement in the neighborhood of $200,000, according to Wood.

Wood said the man later introduced Landis to a lawyer during the divorce proceedings who claimed to be representing only the husband, not her.

“Throughout the process, a lot of money disappeared and no one had paid my mother anything,” Wood said. “She lost most of her retirement … the settlement.”

By the fall of 2015, Landis was left penniless and moved to Oregon, where Wood now lives.

Wood placed the blame for his mother’s destitution on the two men, the man at the legal aid group and the lawyer, for swindling her. But they denied any impropriety.

He attempted to go to the Pasadena Police Department and the state’s Department of Aging for help, but the issue was outside their jurisdictions.

Several years had gone by when Wood received a phone call late last month from the Santa Barbara County district attorney’s office advising him the two men Wood accused of stealing from his mother had recently been arrested on suspicion of running an embezzlement scheme.

Authorities with the California Department of Insurance claim Brett Lovett and Robert Burlison defrauded at least nine people, including Landis, out of a combined $1.2 million between 2011 and 2016. The arrests came after a 15-month investigation.

Investigators discovered several of Lovett’s victims were seniors he supposedly befriended at a place of worship in Carpenteria, according to a statement from the Department of Insurance. The rest were found through the Legal Aid Information business he ran.

Despite running a legal business, Lovett does not have a license to practice law with the State Bar of California.

The Department of Insurance stated the victims would give their money to the 46-year-old Camarillo resident based on fraudulent investments he told them about or for financial management services.

“Lovett then misappropriated the money for his own personal use and to repay some of his victims — sometimes using his Power of Attorney and Promissory Notes to embezzle funds from victims,” according to the statement.

This isn’t first time Lovett has been named in connection to an embezzlement case. The U.S. Commodity Futures Trading Commission filed a permanent injunction against him in 2007 after he was found to have fraudulently solicited hundreds of thousands of dollars from people he went to church with, using false pretenses.

The trading commission said Lovett took the money for his own personal use and was ordered to pay over $675,900 in sanctions. However, he never paid the amount.

In the more recent incident, authorities said Lovett received help in at least one case from Burlison, a resident of La Cañada.

However, Burlison denies any wrongdoing and said he has “no connection at all” to Lovett — that he is also a victim of his fraud.

“Somehow, the Department of Insurance thinks he’s a bad guy, and that I conspired with him, and that’s the furthest from the truth,” Burlison said in an interview Tuesday. “That is not me, it did not occur.” 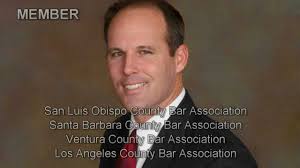