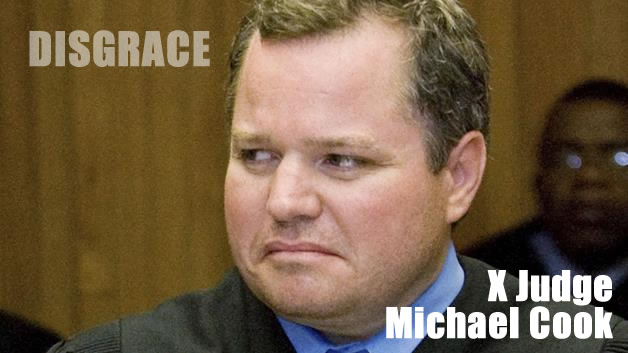 Judge Michael Cook
A southwestern Illinois judge whose colleague died of a cocaine overdose while the two were on a hunting trip resigned Wednesday, days after he was charged with federal heroin and gun offenses in the widening courthouse drug scandal.

One of the typical scams used by lawyers and judges is to resigne when caught doing a crime or being exposed. Months later when the heat dies down the re-appear and go to work at a mediation firm. CROOKS

Now remember this con-artists was presiding over a DRUG court and he was on
drugs. He should get the same long prison terms he was giving to the public.