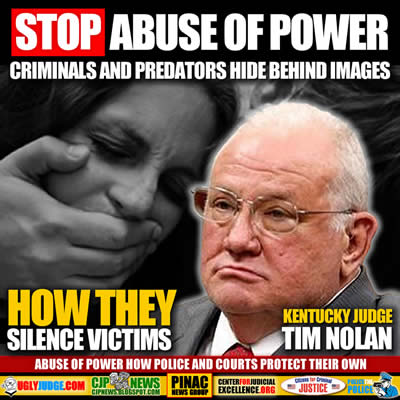 Kentucky Judge Tim Nolan is a predator who used his power and the courts to hide his crimes
The Old saying goes “You can put lipstick on a pig but it’s still a pig”. This is how this predator got away with his abuse and crimes for so long. The problem is why did government wait so long to act and allow so many victims to be abused?

A grand jury on Thursday indicted Judge Tim Nolan on eight more charges, including rape of a female over age 12 from an incident dating back to the summer of 1965. That’s when Judge Tim Nolan, 70, would’ve have been about 18 years old.

Judge Tim Nolan faces more than 100 years in prison on 28 felony charges, including four counts of human trafficking of a minor. The total number of victims is 22, including eight juveniles, according to the attorney general’s office.

A frail-looking Judge Tim Nolan shuffled into a Campbell County courtroom and entered a not guilty plea Thursday on the new charges.

Judge Tim Nolan’s attorney, Margo Grubbs, directed Nolan where to sit after he wandered past the defense table. She said Judge Tim Nolan suffered a fall in jail and had hoped to move the case along on Thursday.

“I have a deteriorating defendant here,” Grubbs said.

The new charges further delayed Judge Tim Nolan’s case. Instead of a hearing on several motions filed, Judge Kathleen Lape went back into her chambers to talk to the defense attorneys and prosecutor about the new indictment.

Judge Tim Nolan’s downfall has garnered much speculation and attention in Northern Kentucky since police raided his southern Campbell County farm in February. In addition to being a district judge in Campbell County in the 1970s and 1980s, Judge Tim Nolan made a name for himself as a leader in conservative politics, often raising objections about tax increases at public meetings.  Full Story HERE

Judge Tim Nolan, of California, Ky., is accused of crimes involving 22 victims, including eight juveniles, the Kentucky attorney general’s office said in a news release Thursday. The crimes allegedly occurred between 2010 and May of this year. 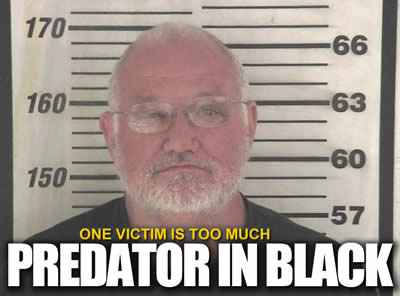