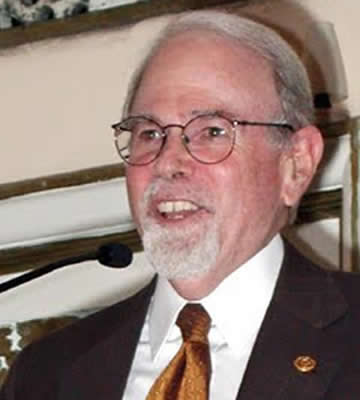 We put the wrong people in positions of power and authority

U.S. District Court Judge William Shubb became so frustrated with ringing cell phones in his courtroom last week that he resorted to some unusual search and seizure—much to the surprise of one senior citizen.

SN&R spoke to several attorneys who witnessed the tantrum. All asked that their names be kept out of this story—because they didn’t want to make the judge mad. Judge Shubb also helped fill in some of the details.

It was about 9:15 on the morning of June 28, in Shubb’s courtroom in the federal courthouse downtown. Shubb was presiding over the sentencing phase of a complicated criminal tax case.

“We were just getting started and were in the middle of a very important legal argument,” Shubb explained.

“Shubb just stopped everything and said, ‘Whose cell phone is that?’” one witness explained. It turned out that the phone belonged to a woman whom witnesses described as being in her mid- to late 60s.

The woman dug around in her purse but couldn’t turn the offending device off. That’s when Shubb unplugged his microphone and left the bench.

“Then, she just sort of meekly raised her hand,” one attorney continued. The judge demanded the woman hand the phone over. She did. Then, according to witnesses, he flung open the courtroom doors and chucked the phone down the hall. “I didn’t throw it; I tossed it,” Shubb said in his defense. “I just wanted it gone.”

When he returned to the bench, he ordered marshals to collect every cell phone in the courtroom.

Shubb explained: Ringing cell phones had become a real problem during this particular trial. Five times before this incident, Shubb had to stop the trial to warn somebody whose cell phone had gone off. The cell-phone situation got so bad, Shubb said, that a defendant’s phone rang while he was on the stand. “There he was testifying, and there’s this extremely loud, obnoxious tone, playing right into the microphone,” Shubb said.

Halfway through the trial, the judge had two large signs reading “All persons are ordered to turn their cell phones off” posted at the courtroom’s entrance.

Judge Shubb has a reputation among attorneys for being a very intelligent but extremely short-tempered man. One attorney called Shubbs “a nutcase.” Another chalked up Shubb’s outburst to “federalitis,” noting that powerful federal judges like Shubb become “insulated from normal social interaction.”