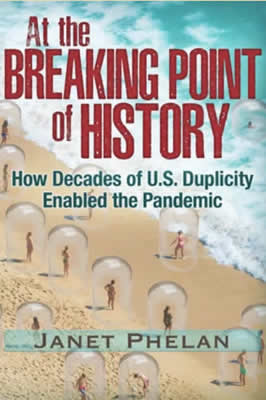 U.S. INDIFFERENT TO HUMAN EXPERIMENTATION AND BIOLOGICAL AND CHEMICAL WEAPONS

WALTERVILLE, OR, SEPTEMBER 1, 2021 – “At the Breaking Point of History: How Decades of U.S. Duplicity Enabled the Pandemic” by Janet Phelan details the US government’s indifference to the welfare of individuals and to its legal obligations under national and international accords prohibiting human experimentation and biological and chemical weapons. (The book is available at Trine Day and elsewhere.)

From lead pipes in Flint, Michigan to a duplicitous water commission in Medford, Oregon to a secret psychiatric ward at UCLA to the elegant halls of the Palais des Nations in Geneva, Switzerland, “Breaking Point” reveals deceitful machinations executed at the highest and lowest levels of power.

Ms. Phelan recently said, “We are embroiled in a pandemic which has collapsed economies, caused death by starvation, and has resulted in severe new restrictions on civil rights in the US and elsewhere. Yet many medical professionals and researchers are questioning the genesis of Covid-19. Was it bio engineered? Was it deliberately released? They’re also questioning the numbers alleged to have died from it, pointing to dictates from the CDC to list deaths not directly caused by the virus as virus-caused deaths.”

Many of the articles were written prior to the Covid-19 pandemic and point to a monstrous political agenda, implicating media, government, and foreign nations in the plan to launch this. Details as to other vectors which may be deployed in a pandemic scenario, details which have been suppressed by other media, are fully disclosed here.

Janet Phelan is an investigative reporter. Her articles have appeared in the Los Angeles Times, the San Bernardino County Sentinel, Orange Coast Magazine, New Eastern Outlook, and elsewhere. She currently writes for Activist Post and has previously published an intelligence expose, Exile, and two books of poetry. 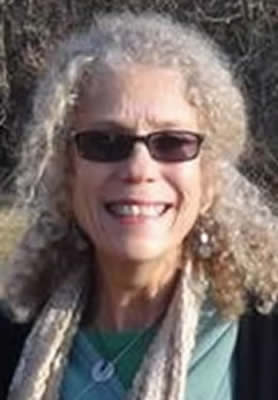