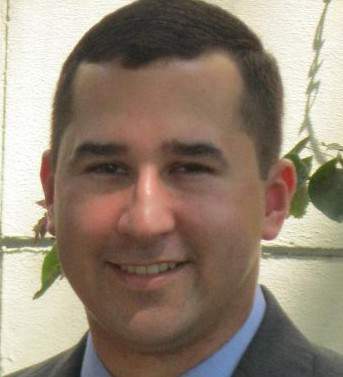 Trooper Brian Encinia should be prosecuted as an accessory to murder. Being that his problematic traffic stop started a chain of events for what? A moving violation?

In the video of the July 10 incident, released by the Texas Department of Public Safety on Tuesday afternoon, Bland and Texas State Trooper Brian T. Encinia engage in an argument that escalates until Bland is forcefully arrested and charged on suspicion of assaulting a public servant.

As Trooper Brian Encinia steps back and Bland steps out, the officer appears to be holding a Taser.

Trooper Brian Encinia is the officer who stopped 28-year-old Sandra Bland on July 10 in Waller County, Texas, for failing to properly signal a lane change.

After Trooper Brian Encinia arrested Bland on a charge of assaulting a police officer, Bland was held in the county jail until the morning of July 13, when she was found dead in her cell. Authorities say it appears Bland killed herself, but the investigation is ongoing and her family says they don’t believe she would take her own life. She was about to start her dream job at her alma mater, Prairie View A&M, and had just moved from Illinois to Texas to do so.

Notice in the video the officer knowing he’s in the wrong does not want this documented. Out of sight of his own dash cam he demands the person documenting the event stop recording evidence for the officers own safety.

Police are also investigating whether Trooper Brian Encinia committed any wrongdoing during the traffic stop, which was recorded by a dashboard camera and a bystander.

Bland’s death is being investigated as a homicide, officials said Tuesday. A preliminary autopsy classified her death as a suicide, but her family and supporters have challenged the official finding and plan to have an expert perform a second autopsy.

The case has become the latest in a string of deadly encounters between African Americans and police. Numerous civil rights leaders have called for an independent investigation of the Bland case by the Justice Department.

Brian Encinia: 5 Fast Facts You Need to Know
1. He Threatened to ‘Light Up’ Bland With a Taser for Not Getting Out of Her Car
2. He lied Saying Bland Was ‘Combative’ During the Arrest
3. A Preliminary Investigation Found Encinia Violated Traffic Stop & Courtesy Protocols
4. He Has Been a State Trooper for a Little More Than a Year
5. Bland’s Death Is Being Investigated as a Homicide, the DA Says

Sandra Bland Should Never Have Been In Jail In The First Place
‘I will light you up,’ Texas officer warns Sandra Bland in video of controversial
arrest “Imagine if we said that to the officer?

Sandra Bland death: Texas officials deny editing arrest video
(Note the video does looked edited and this would not be the first time government lied to cover up murder)

Officer Encinia, who has been on the force for just over a year, said he was kicked during the arrest. He has been put on administrative leave.

Texas DPS director Steven McCraw said his officers have “an obligation to exhibit professionalism and be courteous” but that “wasn’t the case in this situation”.

Prof Lawrence Sherman, director of the Institute of Criminology at Cambridge University, said the video clearly shows the officer is “out of control”.

He told the BBC that the response was “heavily disproportionate to the seriousness of the offence” and that he believed “a suit against [Mr Brian L. Encinia] for illegal arrest would be very successful”.

The debate about authenticity of the arrest video was a sign of the distrust towards police in the US, Mr Sherman added.