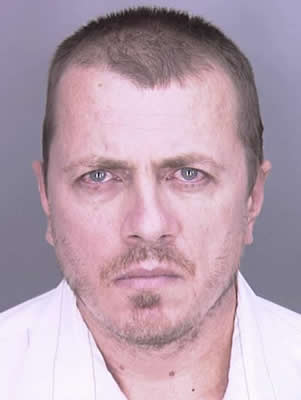 A Dallas police officer who shot a mentally ill Bobby Gerald Bennett in a disputed incident caught on tape has been fired and charged with felony aggravated assault.

Police Chief David Brown apologized for the actions of the officer, who had been on administrative leave following the Oct. 14 shooting.

“Officers are not above the law,” Brown said at a news conference. “We as a police department are not going to look the other way.”

Officer Cardan Spencer wrote in a police report that he shot Bobby Gerald Bennett last week after the 52-year-old man lunged at him and another officer with a knife. But video captured by a neighbor’s surveillance camera shows Bobby Gerald Bennett didn’t appear to move toward the officers before he was shot and crumpled to the ground.

Bobby Gerald Bennett remains hospitalized in stable condition. He initially was charged with aggravated assault with a deadly weapon on a public servant, but Brown announced last week that the charge would be dropped.

The experts made their comments after viewing a video taken by a neighbor when Bobby Gerald Bennett, 52, was shot last week.

Former Dallas police training Sgt. Keith Wenzel, who retired from the force in April, said what Officer Cardan Spencer did “in 27 seconds was absolutely against all training, all policies for dealing with the mentally ill.”

“The officer’s actions don’t reflect the training that I know that Dallas police officers have received,” Wenzel said.

Wenzel and another veteran law enforcement trainer said that nothing about Bennett’s actions appears to justify the Oct. 14 shooting. The video shows Bennett standing still with his arms at his side when Spencer opens fire. Police have said Bennett had a knife in his hand.

“I don’t think you’ve got a rogue cop who wants to kill someone,” said Jim Glennon, a former Chicago-area police homicide task force commander who teaches street survival classes to law officers across the country.

“What you have is a police officer who overreacted.

One week after the shooting, Bennett remains in a Dallas hospital after being shot in the abdomen outside his home in the southeast Dallas neighborhood of Rylie. An aggravated assault charge against him has been dropped.

Spencer is on indefinite administrative leave. His partner, Officer Christopher Watson, didn’t fire his gun and wasn’t placed on leave.

Spencer’s attorney, Robert Rogers, has defended him, saying that the “facts and circumstances known to Officer Spencer at the time completely justify his actions.”