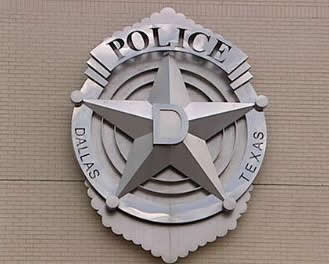 Dallas Police Department, are they about “Serving and Protecting” or killing and abusing the public?

The Dallas Police Department can’t seem to get its officers’ statements on shootings to agree with recordings of the incidents. So, it’s doing what any forward thinking law enforcement agency would do — changing the rules.

Any Dallas Police officer involved in a police shooting, whether the officer fired a weapon or witnessed the gunfire will now have the right to remain silent for 72 hours under a new department policy.

Very convenient. This policy change, which was ushered in under the cover of the Thanksgiving holiday, will help ensure that Dallas Police officers don’t find their statements directly contradicted by the inconveniently unblinking eye of the camera, as happened just recently.

October 14th, Dallas police officer Cardan Spencer shot a mentally ill man four times in the stomach. According to Spencer’s partner, Christopher Watson (who wrote the report), the man (Bobby Gerald Bennett) moved “in a threatening manner” towards him and the other officer.Watson’s statement even went so far as to say Bennett “lunged” at them. A statement released by Dallas Police a few hours after the shooting claimed the situation “escalated.”

A surveillance camera caught the entire confrontation on tape. Less than 20 seconds pass before Spencer opens fire. See if you can catch a glimpse of the “lunge” or the “escalation.” Video showed Dallas Police Lied…