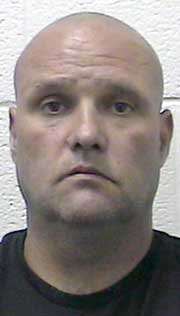 Herbert Eugene Miller
He was arrested Thursday by the Federal Bureau of Investigation and remains in U.S. custody.
The complaint filed at the federal courthouse alleges two counts against Herbert Miller:

Greeneville police officer Herbert Miller, who downloaded images of nude, prepubescent girls on his patrol car laptop while on duty, has been sentenced to 39 months in prison for his crimes.

Herbert Eugene Miller was indicted in U.S. District Court in Greeneville TN during August on two counts, receipt and possession of child pornography. In November, Herbert Miller plead guilty to the possession charge and appeared before Judge Ronnie Greer on Monday for sentencing.

The judge sentenced Herbert Miller to 39 months in prison (with credit for approximately six months of time served) and to be on supervised release for 10 years afterward. Herbert Miller, was an auxiliary officer with the Greeneville Police Department at the time of the incident, faced a maximum sentence of 10 years in prison and a $250,000 fine.