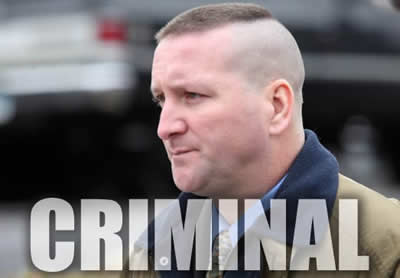 Are some police criminals? Absolutely, in fact more than you might think. Crimes like the one committed by Aaron Huntsman are becoming common. Its not until dash cams and cell phones began recording video evidence that the public was believed when an officer was accused. This again confirms America needs annual polygraph testing of all police personal from the chief down. After all our justice system demands 100% honesty and nothing less.

The biggest problem is when officers commit crime and their department is informed. The majority of time nothing is done, and little or no punishment. They lack being objective and fair, plus often judges are biased towards police who they closely work with. Judges rely on police as their muscle and police rely on judges to prosecute and side with them.  It’s not a position where either the judge or the police should have any say.

Trooper charged with stealing $3,700 from dying man was captured on dash camera

Former trooper wants to go on trial for theft

What should really anger you is this obviously guilty con-artist wants to go to trial. Guess who gets to pay the bill?

Aaron Huntsman, 43, a 19-year veteran, turned down a plea bargain that would have led to him serving one year in prison and instead said he wanted a trial. The case was continued to Dec. 17.

If Huntsman goes to trial and is convicted, he could face up to 10 years in prison. 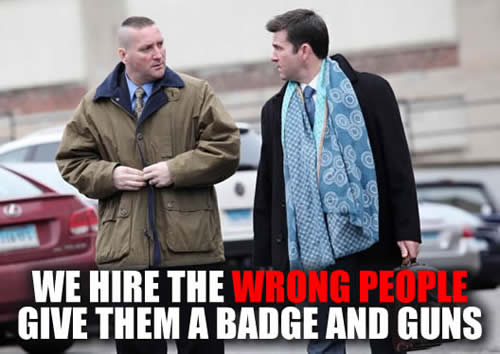