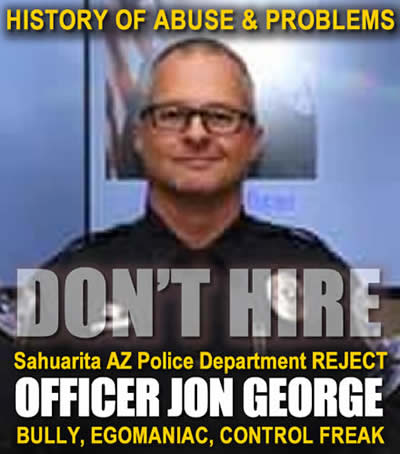 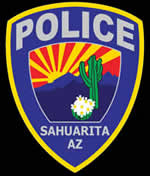 Sahuarita Police Department appears to hire the worst of the worst. Meet Officer Jon George Problem people with disrespect for law, rights and the people. Spouting lies and abusing authority this obvious problem officer is a disgrace to all law enforcement. A bully, egotistical control freak and menace to society it’s these types of sociopaths who have no business with any authority and worse deadly force. Christopher Pfaendler sadly was abused by a bad cop who has no business with any authority worse deadly force. This officer should be looked at as a danger to the public and should be terminated before anyone else gets abused or hurt. Or like any city of county the cost of a huge lawsuit.

This video contains surveillance footage from the Sahuarita Walmart and a Sahuarita Police Department officer’s body-worn camera. It shows Freedom Christopher Pfaendler from the time of his arrival to Walmart on the morning of Aug. 6, 2019, to his arrest. The first 8 minutes are footage of him shopping and the rest are of his interaction with SPD up to his arrest and search. This video was edited to remove a section of time when the SPD officer turned off his body-camera’s audio and the time of Pfaendler’s transport from Walmart. FULL STORY

THIS IS WHY THESE PROBLEM OFFICERS HAVE NO BUSINESS WITH A BADGE OR DEADLY FORCE
Project Red Cell on Facebook
DOCKET Officer Jon George Pfaendler v. Sahuarita, Town of et al
READ THE LAWSUIT
by Christopher Pfaendler against the town of Sahuarita 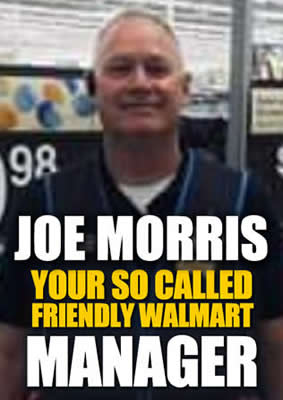 This is Sahuarita Police Officer Jon George doing what he does best (A failure, loser, in the wrong) You own Christopher Pfaendler an apology

Freedom Christopher Pfaendler’s Sahuarita Walmart arrest
Suit dismissed over Walmart arrest, but attorney says it’s not over
Suit refiled against Sahuarita in Walmart arrest
Want to sue the town? Not going to be easy to win
Man arrested after “strange call” at Walmart in Sahuarita 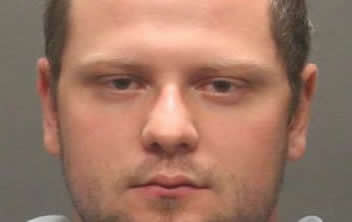 FACT: No customer was seen or recorded as “Freaking out” nor did the manager clearly inform the customer who obviously was shopping and could not hear any communications by the manager who “falsely claimed” to interact with the customer. View the store video footage which clearly shows the manager give up and only attempt to comment from the rear of the customer

The manager reported a man walking around the store wearing a full-faced motorcycle helmet and backpack. The manager told officers he asked the man to remove the helmet several times, but the man, later identified as Freedom Pfaendler, refused.

The store manager also told officers that customers were “kinda freaking out” by the guy, especially in lieu of what happened in El Paso over the weekend, according to Lt. Almodova.

Pfaendler was charged with disorderly conduct and booked in the Pima County Jail.