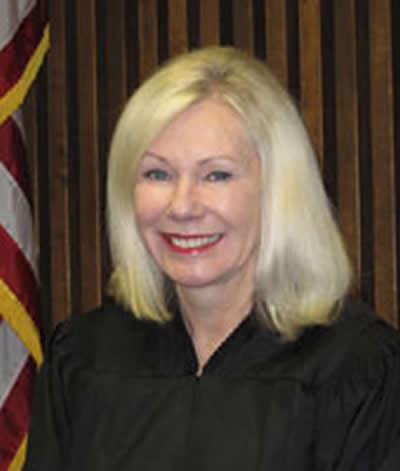 Judge Donna D. Geck received a BA degree in Journalism from Marquette University and a Juris Doctorate Degree With Distinction from the University of North Dakota Law School. Judge Geck is a member of the Order of the Coif. Judge Donna Geck was appointed to the bench by Governor Arnold Schwarzenegger in June 2010. Prior to her elevation to the bench, Judge Geck was licensed to practice in four States. Her practice was exclusively civil litigation including jury trials, court trials, arbitrations and mediations. Judge Geck was board certified as a Civil Trial Specialist by the National Board of Trial Advocacy and she served as a Settlement Master for the Superior Court. Judge Geck is an Associate of the American Board of Trial Advocates (ABOTA), past president of the local California Coast Chapter; and past board member of CAL-ABOTA. She is a Master at the William L. Gordon Inns of Court. Judge Geck continues to serve as a Teen Court Judge. She is a member of the Santa Barbara Women Lawyers and previously served on the Board of Directors. Judge Geck is member of the California Judges Association.

On August 1, 2014, Judge Donna D. Geck presided over Genis’s contempt hearing. Genis did not testify, but his attorneys addressed the charges and raised a host of technical arguments. At the end of the hearing, Judge Geck ruled from the bench, and “reluctantly” dismissed the criminal contempt charges, concluding that they had not been proven beyond a reasonable doubt. Judge Geck made no specific findings, and there is no evidence in the record that her ruling was reduced to a written order. SEE PDF Bottom of page
2017 06 29 Matter of DARRYL WAYNE GENIS

Rate this judge on the Robing Room 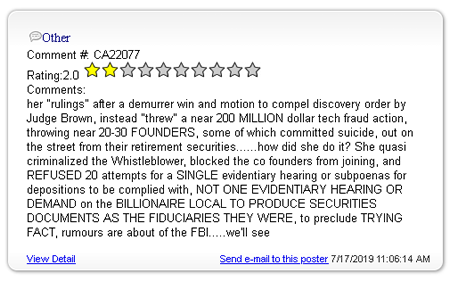