Professional guardian Elizabeth Savitt, (above) married to Judge Martin Colin, Many complaints from families of double billing and sending disputes to court to run up fees

Judge Martin Colin below is an example of many judges who oversee conservatorships and guardianships in America today. They get away with it because the victims are defenseless and easy targets. 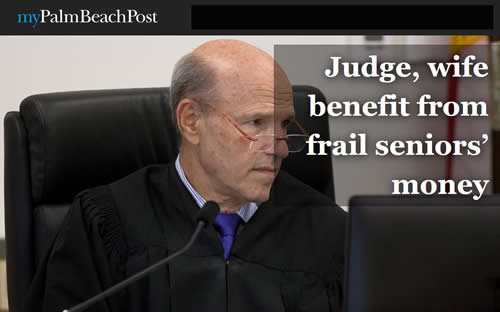